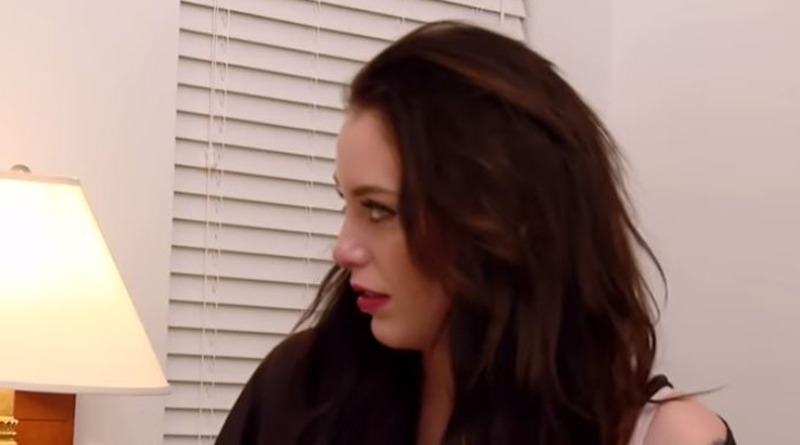 90 Day Fiance fans see that in Season 2 of The Other Way, nothing seems to go right for Deavan and Jihoon. She seems continually angry with Jihoon for a number of reasons. Spurred on by her mom, she seems overly critical.

In fact, they both lose some popularity from the way TLC portrays them. But, a lot of that could be real domestic issues. Recently, Deavan got spotted without her wedding ring in an Instagram Live. Some fans wonder if the translation app isn’t causing  lot of their issues.

On Monday, Deavan did a Live on Instagram. Some fans noticed that she wasn’t wearing a ring. Blogger John Yates took a screenshot and shared it on his Instagram. He captioned it with, “no wedding ring spotted on Deavan’s Last Live.” Some fans wondered if the image didn’t get flipped, but John and others agreed it was the right way around.

Meanwhile, some fans, especially on Twitter, wonder if all of the problems could lie in the fact that TLC seems to use really dreadful translation apps in 90 Day Fiance.  Cinemablend recalled an earlier episode where Jihoon told Deavan that he earned enough money for them to have a “good life” in Korea. She found him out in a lie. But, it only got made worse when he tried to say sorry. In fact, he gave money to his mum to hold for him so he wouldn’t spend it. But, the translator came out with “I’ll make another mistake. I’ll waste that money again.”

Not what Deavan wanted to hear from Jihoon

Fans heard a crew member explain that he actually said something quite different. But by then, Jihoon walked out, and things went downhill. On August 17, the latest episode revealed more problems with the translator app. Deavan once again used the app while talking with Deavan’s mom. This time, Deavan asked his mom what she expects from her. Well, the translator popped out, “Without much hope.” And she thinks it’s a “mistake.”

I swear I can’t be the only one that always thinks of this priceless moment of Jihoon & Deavan with the translator 🤣 Deavan’s reaction had me💀 #90dayfiancetheotherway #90dayfiance pic.twitter.com/3eYK4ZeOkR

Is it any wonder then, that the 90 Day Fiance star did that Live without a wedding ring? After all, these mistranslations could make or break their marriage. And, right now, things look grim. As one fan pointed out, “Just once it would be nice to see a scene with Jihoon and Deavan that didn’t involve: yelling, crying, or someone’s mother butting in. In short, some happiness!”

Is it the fault of translation that causes Deavan to ditch her ring?

On John Yate’s Instagram, one follower wrote, “that translation app doesn’t help either… it looks like TLC don’t care about that!” Another fan commented, “I noticed that too! Plus during the live she kinda slipped up and said “during that time we were still married” then tried to back track like she meant it a different way. She may have, but seems odd.”

What do you think about Deavan not wearing a ring during her Live? Do you think the translation issues helped make things very much worse? Sound off in the comments below.