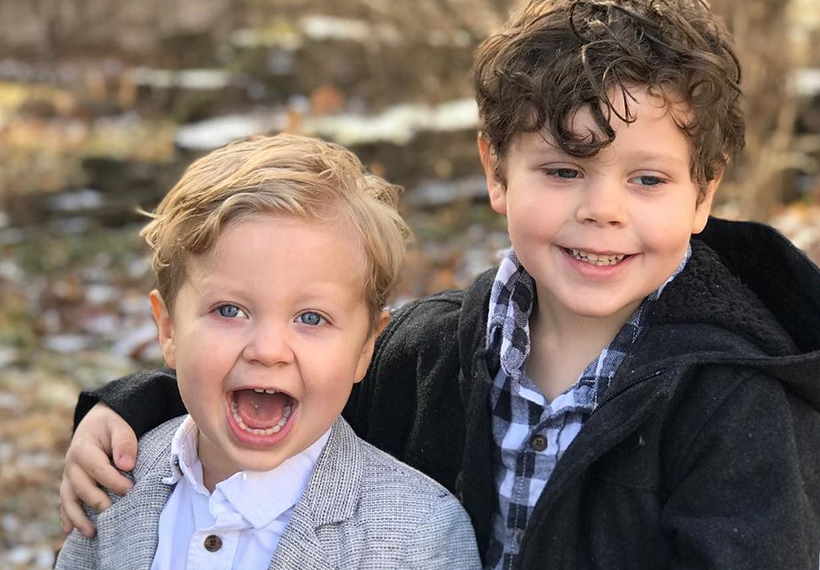 Over the weekend, Jessa Duggar and Ben Seewald shared a new video on their YouTube channel. The Counting On stars reveal that their kids are interested in Man Vs. Wild, so they wanted to try catching and eating bugs.

Jessa explains, “After watching some episodes of Man vs. wild, Spurgeon was inspired to forage the backyard for food. All on his own he set some traps to catch his dinner, so we decided to turn it into some family fun and go grub hunting— and eating.”

The video features Ben and Jessa, as well as their three kids. Their kids are Spurgeon, 4, Henry, 3, and Ivy, 1. While the focus is on Ben and the boys, Jessa and Ivy do make a few appearances as they record the video.

After a little while, Ben comes up with an idea. So, Jessa brings the kids inside while Ben goes outside and hides “grubs.” To make the “grubs,” Ben dips gummy worms in cocoa powder. The boys don’t know this though, and Ben pretends that he’s eating real grubs. Naturally, the boys’ reactions are priceless. They decide that they don’t want to eat the “grubs.” Even though Jessa tells them they’re not really grubs, Spurgeon and Henry are still hesitant.

Finally, later in the video, they begin to understand that Ben was just joking with them. So, they rinse the cocoa powder off of the gummy worms and try them.

In the comments section of the video, Duggar fans are talking about how much they enjoyed watching it. One fan writes, “Such a cute video. Henry wasn’t going to take any chances. Adventurous little boys.” Others talk about how Spurgeon and Henry reacted when Ben ate the “grub.”

So, what do you think of the video from Ben Seewald and Jessa Duggar? Share your thoughts below.

New episodes of Counting On air Tuesdays on TLC at 9/8c.