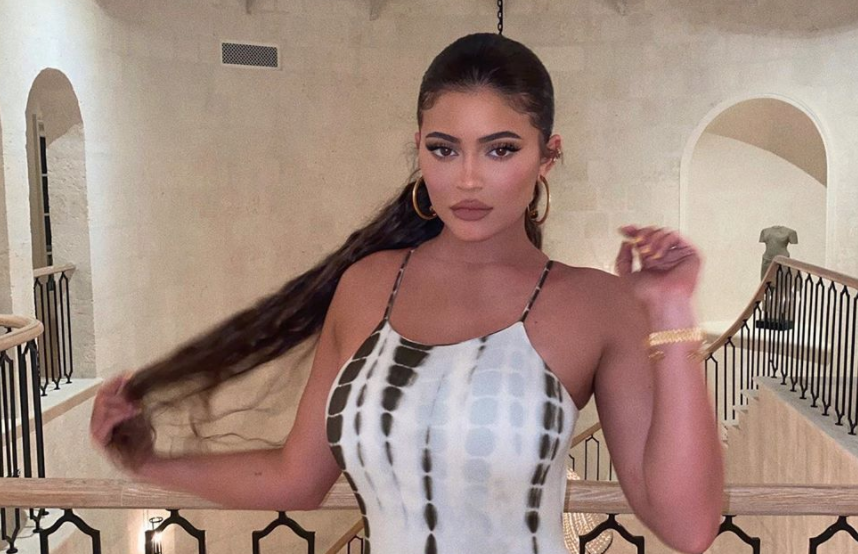 Kylie Jenner is not happy. The beauty queen is slamming someone online for Photoshopping her Instagram post. They made it look like she said something that she never did.

Kylie posted a photo on her Instagram of herself in a dress. According to E! she captioned the original photo with two emojis. She did change it one more time after that. It ended up saying “brown eyed girl,” with the same to emojis as before. Nothing weird there.

Of course, Kylie Jenner seems outraged. She exposed the change on the internet for everyone to see.

“Saw online someone photoshopped this photo I posted to change my caption from ‘brown eyed girl’ to ‘brown skinned girl,'” Kylie said. “I never said this.”

Along with that, she shared a photo of the two side by side. Kylie was right, she didn’t post that originally. Whoever changed the caption is definitely out to ruin Kylie’s reputation. Luckily Kylie was able to set the record straight.

Kylie continued sharing stories over the topic. First, she showed her original caption and the one SHE changed it to. Then, she shared some fans supporting her. It’s nice to see that she has some people always ready to stick up for her, even when the internet seems against her.

What else is Kylie up to?

Other than just dealing with haters on Instagram, Kylie has actually been pretty busy. She turned 23 the other day. However, that’s not the only thing she’s been up to. She’s also been apart of some drama with a designer. Michael Costello has been accusing Kylie of not giving her designers enough credit.

Meanwhile, Lala Kent and Savannah Chrisley have been defending Kylie. Apparently, Michael told both of them they weren’t famous enough to dress. Lala and Savannah were quick to blast him on that.

“Y’all… Designer Michael Costello is currently bashing @kyliejenner for not giving credit to certain designers. And then @lalakent came forward saying Michael refused to dress her because she wasn’t “famous enough.” And HE DID THE SAME THING TO ME FOR AN NBC EVENT!! Wouldn’t dress me because I just wasn’t famous enough for him. It’s truly so sad. But then @waltercollection dressed me in this gorgeous design and made me feel so much better!! 😍😭🙌🏼,” Savannah wrote.

Did you see the fake Kylie Jenner photo? Let us know what you think in the comments. Come back to TV Shows Ace for more news on all of your favorite reality TV stars.

‘My Feet Are Killing Me’ Season 3: Release Date, What We Know
Todd Chrisley Debunks Lindsie Bombshell: Wait, She Was Involved?!
Lisa Rinna Stars In New ‘Days Of Our Lives: Beyond Salem’ For Peacock
‘The Young & The Restless’ Spoilers, July 26-30, 2021: Phyllis Gets The Goods, Sally Panics
‘Love Island USA’: What To Know About Casa Amor, Including Air Date