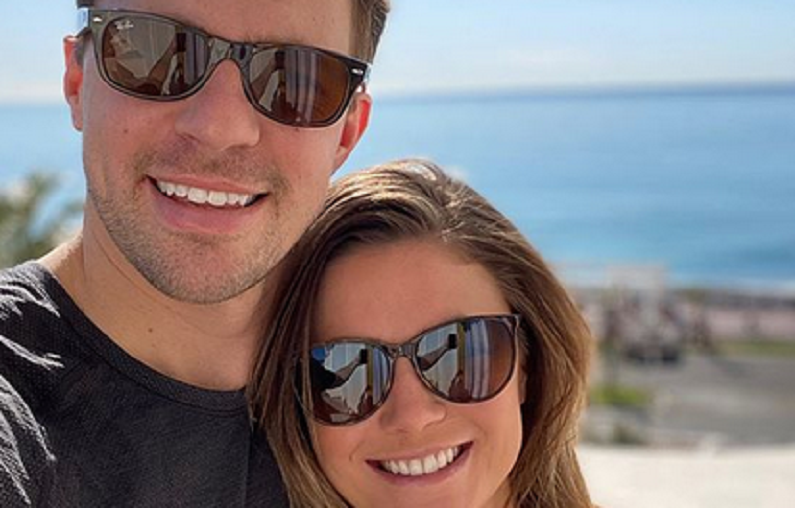 The preview for Below Deck Med shows Tom Checketts having a full-blown meltdown. The tension is already high for the new chef, who quickly replaced chef Hindrigo “Kiko” Lorran. In the new preview for the Monday, August 17 episode of Below Deck Mediterranean, Tom freaks out when Christine “Bugsy” Drake brings back food that’s “too raw.”

This will come as a shock to viewers. This is not what they expected him to act like. Some viewers thought he was going to be quiet and calm. But things quickly took an ugly turn in the galley after he served the guests. The food wasn’t to their liking and this is not the reaction he expected.

Hollywood Life got the exclusive preview for the new episode of Below Deck Mediterranean. Obviously, everyone wants to know what happens with the outcome over the Valium drama. But this week also shows chef Tom Checketts losing his cool in the galley. Bugsy brought back a plate of food that was “too raw” for the guests to eat.

In the new Below Deck Med sneak peek, Tom curses and gets annoyed. He claims that he cooked the lobster for about two hours. The British chef looks for a potato, but he can’t find one. He gets even more irritated.

Bugsy and his girlfriend, Malia White, look dumbfounded at him, not knowing what to do. He just grows incredibly frustrated with the situation.

Is there already fresh trouble in the galley? 🍳

“This isn’t what I thought I was signing up to when I came to visit Malia and was offered the job,” Tom revealed in his confessional.

Malia decides to pull her boyfriend aside to give him a pep talk. “What’s the point in me being on the boat if it’s not going to be right what I serve?” he says. He then tells the bosun, “This is bulls****. And suicide.” Malia tries to tell him that lunch went well, but he’s only seeing the downsides.

The new episode isn’t just about Tom. Last Monday night’s Below Deck Med ended with Captain Sandy Yawn having an impromptu meeting with chief stew Hannah Ferrier. Malia sent her a photo of Hannah’s Valium and CBD pen she had in her purse.

During her interview on Watch What Happens Live, she explained to host Andy Cohen why she went to the captain. Malia said she learned that Hannah was taking Valium the night she had a panic attack and she asked for them.

“I think in that moment when she asked for Valium, it really hit me that those were the pills she was taking every night, all season,” Malia revealed, adding, “That’s when it became a real serious thing to me.”

She received backlash for telling on Hannah after their blowout over room arrangements. Malia wanted to bunk with Tom. Malia wanted Hannah to bunk with Bugsy, who she doesn’t get along with. But during the interview, Malia said her actions were more about “licensing” more than revenge.

Below Deck Med is a super-sized episode on August 17. It airs at 9 p.m. ET on Bravo.