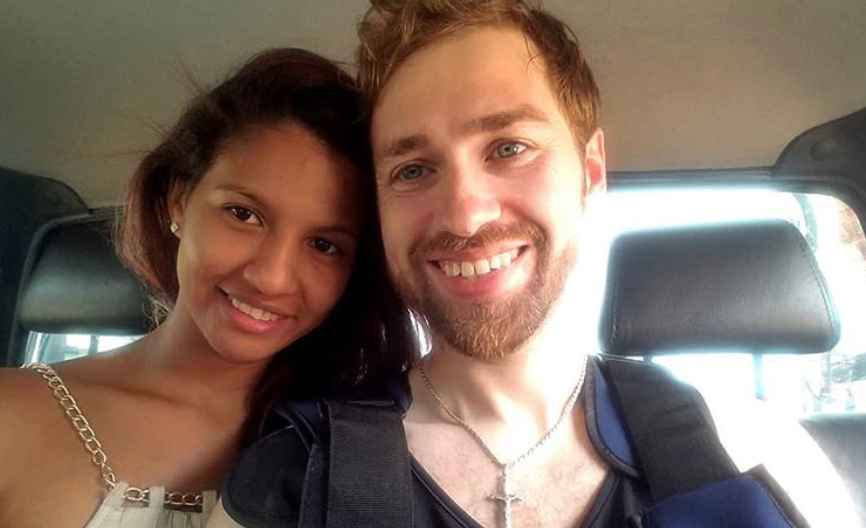 Paul and Karine Staehle of 90 Day Fiance: Happily Ever After? are currently estranged following an explosive fight. Both parties are seeking custody of their young son, Pierre and both now have have restraining orders against the other.

Paul, 35, and Karine, 23, have both been granted protective orders by the judge. Karine’s restraining order was given on July 31, while Paul’s against Karine went into effect on August 1. According to documents obtained by In Touch, both parties have to stay 500 ft away from the other.

Interestingly, the order gives both parties temporary custody of 17-month-old, Pierre. However, according to the order, Paul is not allowed contact with his son. At a later date, the judge will decide which of the two 90 Day Fiance stars will be get permanent legal and physical custody of Pierre.

Fans first met Paul and Karine during Season 1 of 90 Day Fiance: Before the 90 Days. More recently on 90 Day Fiance: Happily Ever After? viewers saw Paul trying to find the perfect home for Karine and Pierre, despite money woes. This is after they had to move back to the U.S. because Paul was unable to find a job in Brazil.

In recent weeks, a drama offscreen from 90 Day Fiance erupts between Paul and Karine. The fight between the couple was documented by Paul on Instagram Live on July 30. At that stage, the police had been called to their home twice. This follows Paul catching his wife talking with a Brazilian lawyer about “child support and divorce.”

Following the incident, Karine leaves home with their son and files her restraining order against Paul. In the police report, Karine accuses Paul of pushing her to the floor several times. She also claims Paul is “holding” her green card and other important papers from her. The 90 Day Fiance star also reportedly monitors her phone conversations and refuses to let her leave the house.

Paul denies the claims and in his filing against Karine, he claims his wife placed broken glass in his food. He also alleges she assaulted him. Paul further claims the security camera in their home captured the fight between them. He says the footage will prove his innocence.

However, on August 2, Karine denies his claims. She let fans know via Instagram Story that she and their son are doing well and are safe. Karine explains that she has a lot going on, including the police coming to her home. She says she fears for her and her son’s lives and had to get out from an unhealthy environment. Karine goes on to say she is getting the best help she could ever get.

Soon after their August 11 court hearing, Paul hits Instagram Story with a cryptic message. He says he regrets not keeping their marital problems private. Paul also hints that Karine may be pregnant with their second child. The TLC reality star says he never wants to “date or remarry to ever feel this pain again.” Staehle writes that not being a part of your children’s life, “born and unborn” is beyond painful.

90 Day Fiancé: Happily Ever After? airs on Sundays on TLC.