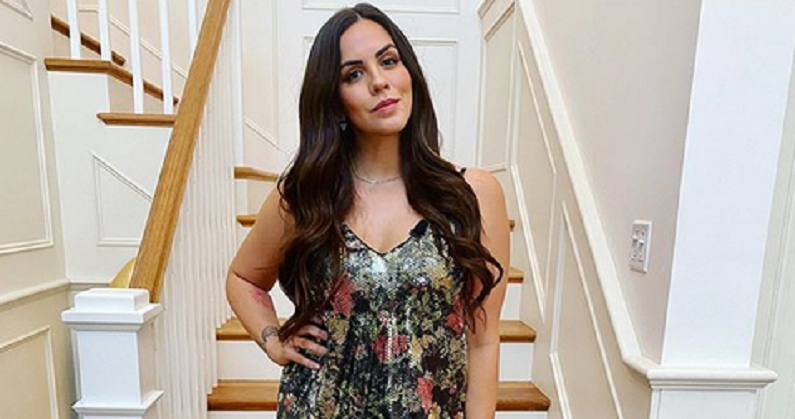 Vanderpump Rules star Katie Maloney is having baby fever. Ever since her best friend Stassi Schroeder gotten pregnant, she wants to have a kid of her own. The 33-year-old revealed that she and her husband, Tom Schwartz, want to become parents.

This comes as no surprise to fans. Back in June, Stassi and her fiance Beau Clark confirmed the pregnancy reports and announced they’re having a baby girl. Katie was one of the first to comment on their Instagram post. She congratulated the happy couple.

Some fans suggested she should be next and she agreed. Now, see what Katie has to say about having a kid of her own.

Katie Maloney and Tom Schwartz want to try for kids

As TV Shows Ace previously reported, the Vanderpump Rules couple got closer than ever during the quarantine. They admitted that it even improved their intimacy. It looks like they could actively be trying for a baby since Katie mentioned that she has “a little bit” of baby fever.

“[My husband], Tom [Schwartz] and I definitely were talking about this summer being like the time to do the baby dance and try to make it happen,” Katie revealed to Us Weekly. “We’re trying not to stress out about and are trying to keep [our] eyes on our own page, but still be excited for someone else.”

The “You’re Going to Love Me” podcast host says she doesn’t want to “fast track” her plans because of her former co-star’s pregnancy. For Katie, it’s more of a journey rather than a race. It’s not something she wants to stress out over.

“If it happens, great!” she exclaimed. “That’s the main thing everyone always says, they’re like, ‘Just don’t stress about it or don’t be anxious about it. It’ll happen when you’re not thinking about it.'”

During Stassi and Beau’s gender reveal, fans urged Katie Maloney to have a baby next.

“I think Stassi’s baby girl is going to need a best friend to play with,” one user wrote.

“Time for you to make her a BFF,” another added.

The Pucker and Pout blogger and the TomTom co-founder first got married in 2016. Then they legally tied the knot three years later. In a previous interview with Us Weekly, Tom said he doesn’t want to be “a rickety old dad.” He also revealed which gender he wants.

“I want to be able to run around with my kid and throw him over my shoulder and play ball with him,” he explained, before adding, “Or her. Slipped there. I low-key want boys, but I’m down for two girls.”

For now, Katie is focusing on the birth of her podcast. Two new episodes of “You’re Gonna Love Me” dropped on Friday, August 14. She told Us Weekly that she’s excited about her new venture, adding that she’s “in such good company with so many really smart and talented voices.”