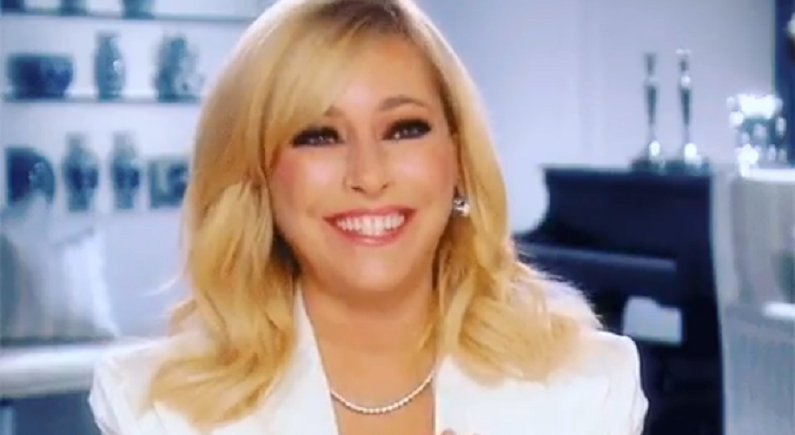 The Real Housewives of Beverly Hills newcomer Sutton Stracke supported Denise Richards on social media. The actress is not having a good time on the show. It’s a total juxtaposition of her first year. Denise was mommy-shamed from her co-stars. Then came the Brandi Glanville affair rumors.

Kyle threw daggers at Denise because of her style. She took a swipe at Denise by calling her a “ragamuffin,” which fans didn’t like. Now, Denise is poking fun at herself. She called herself a “ragamuffin” on social media. Then Sutton shared her support for her co-star by sending her some love.

RHOBH star jokes that she looks like a “ragamuffin,” gets love from Sutton

Denise Richards posted a series of photos of herself on Instagram, in which Sutton Stracke liked. On Saturday, August 15, the Bold and the Beautiful actress shared photos of herself wearing a face mask with flamingos on it. In the caption, she playfully called herself a “ragamuffin.” Then Denise revealed to her followers that she’s traveling to Spain.

But it’s not what you think. The RHOBH star is filming her new movie, Glow and Darkness. Production started before the lockdown but was postponed due to the coronavirus pandemic. Denise also expressed some gratitude in her post.

“I’m beyond grateful that my family is healthy & that I get to go back to work on this project, &see new friends I made,” she wrote. “Thank you to everyone that jumped through hoops getting me there. It does not go unnoticed.”

Ragamuffin…. on my way to Spain. Back shooting #glowanddarkness started before we were all on lockdown. I’m beyond grateful that my family is healthy & that I get to go back to work on this project, &see new friends I made. Thank you to everyone that jumped through hoops getting me there. It does not go unnoticed🙏🏻💕

Denise got plenty of love and support from her fans in the comments section. Even her RHOBH co-star Sutton Stracke showed her support. @CommentsbyBravo took a screenshot of her comment, which read, “I love a ragamuffin.” She also included the kissing cat emoji.

Don’t we all. #CommentsByCelebs #RHOBH

RHOBH fans love Sutton for her staunch support of Denise. In a previous episode, she revealed in her at-home confessional that she heard about the Brandi and Denise rumors. But she didn’t think it was appropriate to discuss it during the cast’s dinner in Rome, Italy.

It’s clear that both Garcelle Beauvais and Sutton Stracke are on #TeamDenise. But it may cost them a possible second season. Following the taping of the virtual Season 10 reunion, the ladies got together. But it doesn’t look like everyone was invited.

As per The Daily Dish, Kyle Richards shared a photo of herself with Dorit Kemsley, Erika Girardi, Lisa Rinna, and Teddi Mellencamp Arroyave. Denise, Garcelle, and Sutton were clearly missing from the photo.

On the July 29 episode of Watch What Happens Live, Garcelle bluntly revealed what happened.

When the wigs & the gloves come off #rhobh

“We did not get invited to, there was an ‘impromptu’ get-together after the reunion that we weren’t invited to,” she simply said.

However, Kyle insists it was “impromptu,” which is why not everyone was invited.