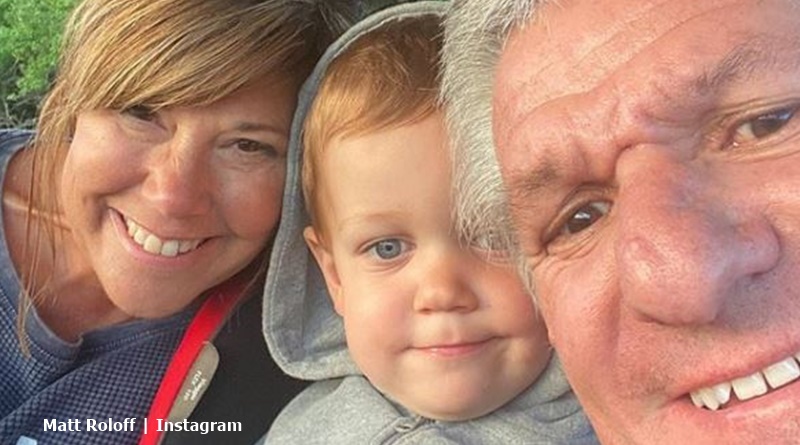 LPBW comes with a new season on TLC in September. Excited fans can’t wait for it. A lot of that excitement comes because TLC promises that they’ll see a lot of baby Lilah and big brother Jackson on the Little People, Big World show. Fans adore the little guy and they love it when Tori or grandpa Matt share videos on social media. On Friday, Matt shared another cute video of himself out and about picking berries with Jackson.

On August 13, we reported that Tori Roloff announced a new season of the show on her Instagram stories. Well, she let Jackson make the announcement with her. Picking up on his mum’s joy and excitement about the new season, the best way that cute little Jackson found to tell fans to remember to tune in, came with a “happy birthday” shoutout. No wonder, fans adore Jackson.

He’s growing up now and is no longer the smallest little star on LPBW. The arrival of his little sister Lilah about eight months ago puts her in that spot. Of course, Matt Roloff seems delighted with his new grandchild. But the Little People Big World patriarch makes sure that he and Jackson still get out and about on the mule together. He shared some video footage of the blackberry patch.

Matt and Jackson enjoyed picking the berries. But, it looks like Jackson probably ate most of them. Preparing to ride home, Jackson told Matt they’d been picking “blackberries.” Matt told Jackson he’d better “hurry up” as they run out soon. It looks like blackberry picking season comes to an end.

Fans know how much fun it is to select or pick their own fruit. Distractify notes that the Roloff Farms Pumpkin Season “draws thousands of customers from all over.” Every year, people share videos of their visit to the LPBW farm. And, some of them desperately hope for a glimpse of Jackson. Unfortunately, this year, Matt said on his Instagram, that there may not be one because of the coronavirus.

Until the new season arrives, devoted fans see a lot of pictures and videos of Jackson. Tori often shared clips in her Instagram stories. And, Matt shares photos and short clips as well. Sometimes, Zach, Jackson’s dad, also posts about his adorable son. Be sure to check out their Instagram accounts to get your fix of Jackson Roloff until the new season of LPBW rolls out.

What did you think of the cute video of Jackson talking about berry picking with his grandpa? Do you agree that he’s simply adorable and cute? Sound off in the comments below.