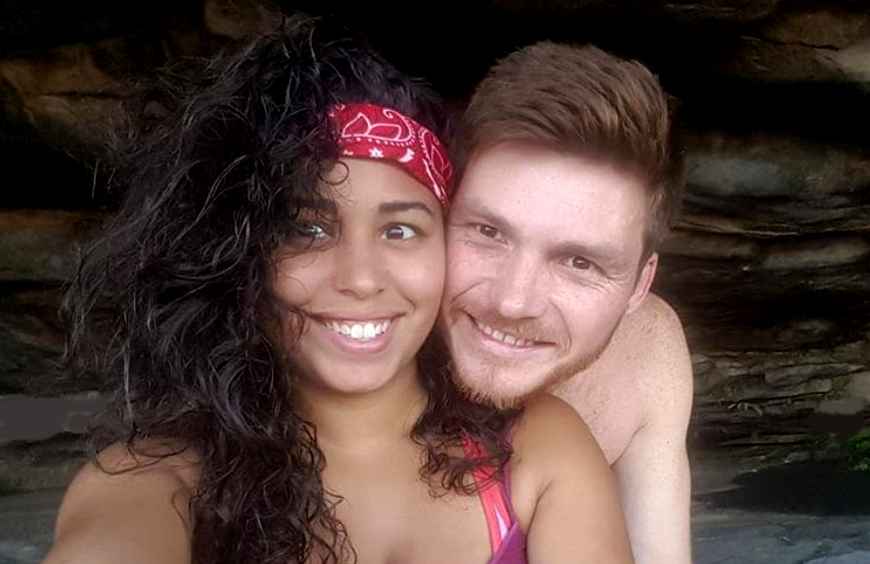 On the August 9 episode of 90 Day Fiance: Happily Ever After? we saw Tania Maduro spending quality time with Syngin Colchester’s family. They are currently in Syngin’s home city of Cape Town, South Africa, and he is in a party mood. Tania thinks he is not ready to settle down, but many fans think Tania may be expecting too much from her man. Can’t he enjoy being at home?

90 Day Fiance: Happily Ever After? stars Tania and Syngin in Cape Town

Syngin was ecstatic on arrival in Cape Town during the episode of August 9. He remarked about how good it is to hear the words “Howzit my bru.” Syngin also speaks of the city’s beautiful Table Mountain, which has a draw all of its own.

Fans have noted in recent episodes that Syngin is having problems trying to get a job in America. Along with that worry, the 90 Day Fiance star has been feeling homesick. Fellow Capetonians will understand how he misses his home city and its beauty. They will admit that even seeing images of Table Mountain can instantly make them homesick.

Syngin hears that his brother Dylan almost died and he decides to visit South Africa. Tania agrees to go, as the trip will allow Syngin to reunite with his family. She also hopes the trip will allow them to bond as a couple. As soon as they land in Cape Town, Syngin is obviously super-excited to be home. He even mentions that he should never have left. In the image below, posted to Instagram, Syngin mentions he will always be a free spirit.

While Syngin is having fun, enjoying having a braai (barbeque) with his friends, Tania has one-on-one time with his mother, Charmain and sister, Charys. While exploring the stalls in Greenmarket Square, she opens up to the two women about Syngin.

Charmain and Charys feel Tania and Syngin didn’t spend enough time together before getting married. They believe this is what is causing problems between the pair. Charmain asks Tania if Syngin is happy in America. Tania responds that she “thinks” Syngin is happy, while she knows he is homesick.

Tania says Syngin isn’t ready to settle down and start a family right now. She says she feels she compromised at the start of their relationship. The 90 Day Fiance star did many things she would never normally have done but is now asking Syngin to settle down. The TLC reality star says she thinks Syngin wants to settle down, but a part of him feels like he is losing his freedom. Tania says she doesn’t want him to feel he is losing his freedom by being in a relationship with her. Her sister-in-law wonders if Tania is being too controlling.

As noted by Screen Rant, the reality of life is that Syngin should be able to settle down and financially support his wife. Currently, due to her car accident, Tania isn’t able to earn money, which makes things difficult. With Syngin unable to find work right now, the 90 Day Fiance star has been drinking too much, which adds to their problems.

Charmain directly asks Tania if she is trying to change Syngin. She denies this and does understand the sacrifices he has made by moving to America. However, she does want him to take his responsibilities seriously. Meanwhile, right now he is in party mode. And while she partied when she was young, she believes now is time to settle down.

Many fans understand that Syngin is thrilled to be back home, seeing his family and friends. Surely he can take some time off to party and enjoy the trip? We will now have to wait and see what Syngin decides. Will he return to America with Tania, or stay at home?

Keep up with their story on 90 Day Fiancé: Happily Ever After? on TLC on Sundays at 8 pm EST.