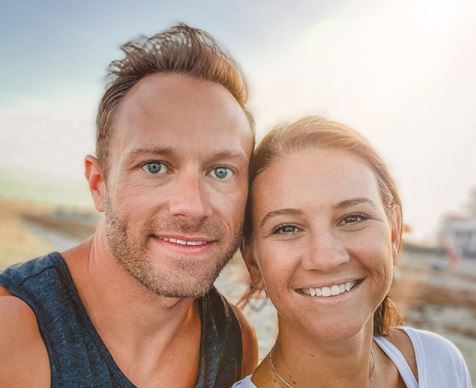 Danielle Busby and her group of girls

Danielle Busby had their older daughter Blayke and two of the quints Parker and Riley. They went shopping and checked out Costo. You can get a lot of stuff for a big family there. She shared that they haven’t been able to go because of the kitchen remodel. Now, the Busbys have a chance to stock up.

Danielle Busby shared that she got a lot of stuff and had two carts. Her oldest daughter helped her out with it, though.

Danielle teased that when they split up the kids Adam usually brings them back with a toy or treat. Well, Danielle did the same and got the girls’ ice cream from Sonic. They went to the park to enjoy it. This group teased Adam’s group at the end of the video by saying “Later, Loser.” It was all meant in fun, though.

Adam Busby takes his own group

Adam Busby took his own group and they hung out at the house. He went to Instagram to share what his group ended up doing. It looks like they had a fun time in the pool. His quints were all decked out in their swimsuits and ready for fun. It looks like his girls may win for who had the most fun.

@dbusby took 3 of the girls to get last minute necessities before the quints first week of school tomorrow. Me and my 3? We bombed the pool! #itsabuzzworld #outdaughtered

The group that Danielle Busby took did a lot more work than Adam’s group did.  He didn’t share on his story about their day, so he was probably in the pool with the girls. Adam did show that their mudroom is almost complete. They have been doing a lot of remodeling on the house and the couple seems really happy to have it almost completed. Danielle Busby had to cook outside for a while, which wasn’t easy with so many children.

Don’t miss new episodes of Outdaughtered when they return to TLC. Adam and Danielle Busby have already teased that another season is coming. They haven’t actually shared a date of when it will come back, though. COVID-19 ended up making the last season a bit shorter than planned. More is coming soon!