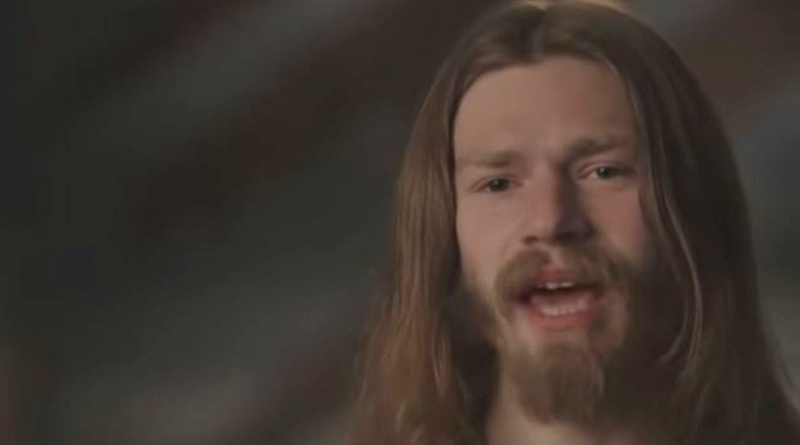 ABP premiers a new season on Sunday, August 23 at 8 PM ET/PT on Discovery Channel. Excited fans can’t wait for Alaskan Bush People to return. But, it seems that writer Ryan Berenz simply hates on the show. In fact, on Twitter, he predicted that “THIS season will definitely be the worst one ever.” Apart from that, he really annoyed Bear who slammed him for mocking his family and his dad’s seizures.

In the upcoming show, fans of Alaskan Bush People see Bear struggling to come to terms with a broken relationship. Plus, the storyline covers Noah constructing a tractor snowplow. And, the family works hard in Washington to get the cabin ready for Billie before a harsh winter fully sets in. Fans know that Billie suffers from seizures. And, now, Bear ranted about the way Ryan Berenz talks about that.

If you don’t know who Ryan Berenz is, his Twitter profile explains that he writes. Some of the outlets he writes for include TV Insider, TV Guide Magazine, Channel Guide, and On DISH Mag. The ABP star got so hot and bothered, he broke his own rule about saying “bad” things about people. He took to his Instagram on Friday night and lambasted Ryan.

In a very long post, unusual for Bear, he noted, “I’m not sure when it become[s] acceptable to mock and make fun of and to laugh at sick people.” He added, “this guy Ryan Berenz…put out a lot of supposed reviews that mock my family and way of life.” But, that’s not all that bothers the Alaskan Bush People star. In fact, he described Ryan as “sick!”

The ABP star explained why he feels so angry. He noted, “it’s no laughing matter.” Bear said that anyone “close to a son, or, daughter, brother, mother, or dad” knows how “scary” seizures can be. Bear used the words “violent and scary” describing how it feels when a seizure takes place. He noted that people feel “helpless.” Plus, fear always exists that they may not “live through it.” Definitely, Bear thinks Ryan’s wrong to “make fun of it.”

Bear recounted another time Ryan annoyed him. Allegedly, he called up Billie for an interview. During the chat, Ryan apparently came over “all yes sir, no sir, I hope your family pulls though! I’ll be praying for you!”  So, Bear described Ryan as a “two faced snake!” It angers him that Ryan “mocks my dad’s sickness!”

Unfortunately, Bear Brown keeps his Instagram private, so we can’t share the actual post here. But, if you go to his account, the full rant by the ABP star gets revealed. There, Bear stated that “good people should not allow that!” Additionally, he pointed out that Ryan is a dad as well, which “makes it worse.” Bear wonders how people can be so mean as he also apparently “mocks” his sisters.

What do you think about Ryan Berenz allegedly mocking Billie’s seizures? Do you agree that’s a bit of a low blow? Sound off in the comments below.

Duggar Snarks Think Jim Bob Is Going Broke Over Josh’s Scandal, Legal Fees
‘Welcome to Plathville’ Spoilers: Moriah Plath Gets Sassy About Max
John And Abbie Duggar Share Rare Photo For Adorable Reason
Scott Disick Is No Longer Keeping Up With Any Of The Kardashians
Are The Rest Of The Spice Girls Watching Mel C Compete On ‘DWTS?’