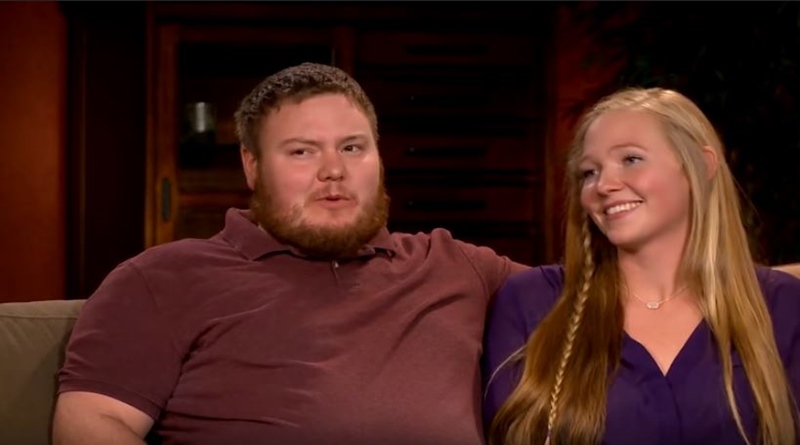 Sister Wives‘ daughter Aspyn disappeared off Instagram around May or June this year. She never returned to this day. In fact, her username still goes to dead links on the platform. But her husband Mitch still remains there, although his posts seem rather sparse. But this week fans finally got word of Aspyn via her mom, Christine.

We reported that previously, Aspyn went quiet for short periods of time. But this time, she seems determined to live her life without social media. At the time, we wondered if her absence meant some sort of bust-up in the Brown family. But, judging by Christine’s post, on August 15, Aspyn doesn’t have any issues with her mum.

The Sister Wives‘ third wife to Kody Brown shared that Aspyn sent her a gift. Christine shared a photo of some jewelry. In fact, it looked rather similar to the old jewelry that Robyn and the other wives previously sold through My Sister Wives Closet. However, it turns out that the jewelry came from Kendra Scott. Fans might recall that Aspyn took a job with them in Salt Lake City after she and Mitch relocated there about two years ago.

Christine captioned her post with, “Aspyn occasionally sends me gifts from work. And I love them so much.” she added, “Kendra Scott is probably my favorite story of all time.” Next, she thanked her daughter. One lucky fan told Christine that she met Aspyn “at Christmas.” She said that she walked into the Kendra Scott store and “recognized her right away.” The fan added that she seemed “very nice and friendly.”

Another Sister Wives fan related a similar experience saying, “OMG! I met her last year while shopping at a fashion show. she’s so nice you literally have the best family.” Actually, judging by the comments it seems that Aspyn is something of fan-favorite amongst TLC fans.

Brown family and their own jewelry line

A few fans asked Christine what happened to Robyn’s jewelry line. One asked, “any word of your family bringing back My Sister wife’s Closet?” But, Christine never replied. In fact, these days, Robyn’s also become a recluse on social media, much like Aspyn. She only emerges during the TLC show.

Staying off social media only raises more speculation from fans. The Sun UK reported that fans wondered if Aspyn fell pregnant. After all, Christine said at one stage, that Aspyn and Mitch plan for a family. If she fell pregnant, then surely it must be the best-kept secret in the Sister Wives series.

Aspyn occasionally sends me gifts from work and I LOVE them so much! @kendrascott is probably my favorite jewelry company of all time. Thanks love! #daughters #momlife #blessed #kendrascott #jewelry

What do you think goes on with Aspyn at the moment? Is she keeping a secret? Or, does she just stay away because she values her privacy? Sound off your thoughts in the comments below.