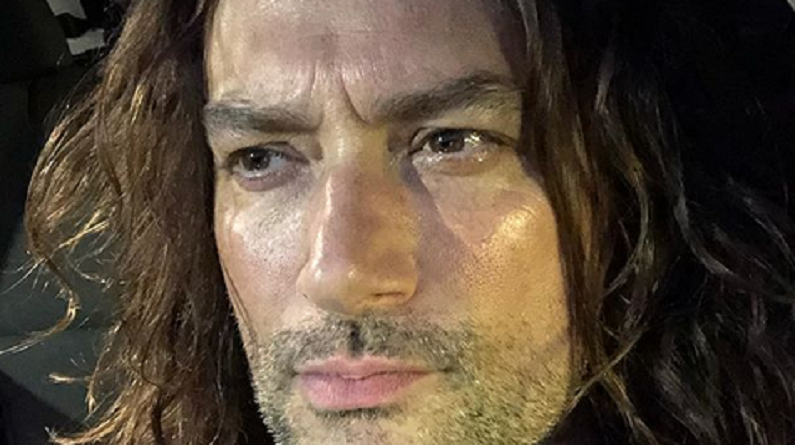 Fans of The Real Housewives of New York played the role of detective. They made the connection between Luann de Lesseps, Ramona Singer, and Tinsley Mortimer. On Thursday night’s episodes, the ladies discussed a mystery man from American Idol who they all dated. This revelation came as a shock to fans.

They wanted to know who the man was. RHONY fans were also shocked to learn that the women dated the same man despite their obvious age differences. So, they went online to uncover the clues. They quickly connected the dots and discovered it was former contestant Constantine Maroulis.

Constantine Maroulis has very close ties to The Real Housewives of New York. Fans discovered that the former American Idol contestant is the same man that Luann de Lesseps, Ramona Singer, and Tinsley Mortimer dated. They cracked the clue during the Thursday, August 13 episode. RHONY fans took to Twitter after Luann showed a photo of a mystery man during their car ride in Mexico.

Luann claimed that the man was the “winner” of American Idol. When Ramona saw the photo, she exclaimed that she dated him as well.

me immediately trying to find out who the guy from american idol that luann, ramona, and tinsley all went out with is #RHONY pic.twitter.com/n5JDMFq4oN

“We share a lot of people, don’t we?” Ramona casually said. “I went out with him. I know him well. Been there, done that. So has Tinsley!”

Fans immediately wanted to know who the ladies were talking about. When they learned that he was from American Idol, they were surprised. It’s also surprising that these women take turns to date the same man. The RHONY was currently on their group trip to Cancun, Mexico, and were on the prowl. In the same episode, Luann and Leah McSweeney were on the beach looking for their next vacation fling. When they picked up two men on the beach, Ramona immediately took notice.

RHONY fans crack the clues behind the mystery man

As soon as viewers heard they all dated the American Idol winner, they took to the internet to search for clues. Some of them were on Twitter wondering about his identity.

Another fan added, “Me trying to figure out who won American Idol and also been on a date with Luann, Tinsley, and Ramona. #RHONY.”

One viewer shared a series of photos of Constantine Maroulis with the RHONY ladies on different occasions. He looked very cozy with each and every one of them. Viewers also pointed out that he didn’t win American Idol. He came in at sixth place on Season 4 of the singing competition.

In addition, Constantine’s rep confirmed to Us Weekly that he’s the mystery man.

“The ladies certainly were discussing Constantine on RHONY last night,” the rep told the outlet. “They were probably listening to his new album … Constantine Maroulis’ relationship with Tinsley was well documented several years ago. Constantine performed with Luann as part of her holiday tour last year and has enjoyed a friendship with Ramona as well.”

#Repost @usweekly with @make_repost ・・・ #RHONY viewers have discovered that former #AmericanIdol contestant Constantine Maroulis is the man Luann de Lesseps, Ramona Singer and Tinsley Mortimer all dated 🕵️‍♀️ — a revelation hinted at during last night’s episode. 🙈🙈🙈 The #Twitter reactions are just TOO good — see them all at the link in bio. 📱⚡️ (📸: Shutterstock)

The rep then revealed that Constantine has nothing but “great love and respect” for the women and “considers each of them dear friends.”

However, Sonja Morgan didn’t like what she overheard on the bus. She revealed in her at-home confessional that she would never bring any of her men around those women. She prefers not to share with them.