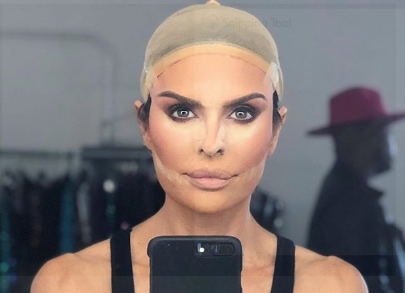 Two people who get a lot of views on Instagram are Lisa Rinna and Leslie Jordan. It’s usually for two different reasons. The former Will and Grace star is hilarious, especially in quarantine. The Real Housewives of Beverly Hills star often takes to Instagram to dance it out in skimpy outfits. The two things came together when Leslie challenged Lisa to a Tootsie Roll challenge. The dance, made popular in the nineties after a song released by the 69 Boyz, is mostly moving your legs as demonstrated in Leslie’s video below.

You’re up @lisarinna. Let me see that tootsee roll.

Jordan is wearing a pair of flowered swim trunks and a blue tie-dye shirt. He said, “you’re up @lisarinna. Let me see that tootsie roll.” Fans loved it as they love everything Leslie Jordan does in quarantine. He’s been posting updates from quarantine since lockdown started.

Lisa Rinna Responded With Her Own Dance Video

Lisa Rinna posted on Leslie’s video, “on it,” letting him know she’s meet the challenge soon. In true Lisa fashion, the RHOBH star showed up dressed in less than Leslie was for his dance. She wore a pair of panties and a tank top as she does her own version of the Tootsie Roll, which looks nothing like the actual dance. Leslie Jordan commented, “you’re the dancing Queen. So fun.”

Her fans loved it too, but some had a bit of criticism for the dancing queen. One user said, “Jesus – enough already.” Lisa made sure to respond to the comment. She said, “you know Jesus has nothing to do with this dance actually. Though I do love Jesus.” Another commenter said, “but your kids are gonna see this.” Lisa responded, “OMG. Well I’ve already f***** them up so what hell!”

Leslie has reached Lisa Rinna-level of popularity on Instagram since the beginning of the pandemic. In a recent interview, Leslie was asked if he was a fan of social media. He said he didn’t even have an account. Jordan said, “Well, I wasn’t. I was on, The Cool Kids, with Vicki Lawrence, Martin Mull, and David Alan Grier. I’d say something funny and the girls in the publicity department kept telling me ‘Post that. Post it.’ I said, ‘I don’t know what you mean.’ They go, ‘You don’t have Instagram?’ I go, ‘No.’ Well, they signed me up, and within two or three days I had 20,000 followers, and I was just excited.”

He said after that Megan Mullaly posted it and he went up to 80,000 followers. Then the pandemic hit and he’s over five million followers now. No doubt both he and Lisa Rinna will continue to post videos. There’s no way Lisa is done shaking it in tiny outfits.