90 Day Fiance fans know that Larissa Lima said her kids will never feature on the TLC show. Actually, fans think they don’t feature much in her own life, either. Fans took to social media and slammed Larissa after she got a tummy tuck. Fans were angry that Larissa doesn’t take care of her kids, among other things.

90 Day Fiance – Larissa – did she borrow money for body sculpting?

We reported that when the show first starred Larissa, some fans never realized that she left a son and a daughter living in Brazil. She claimed that she would love to be with her children. But, fans slammed her for abandoning them back in Brazil. One of the kids is raised by her father, And the other by another relative. So far, fans see no indication that she cares even one little bit for her kids.

Larissa recovers from surgery on her birthday fans slam her

Taking to her Instagram this week, Larissa shared two photographs of herself on her stories. Blogger John Yates screenshot them and shared them on his Instagram account. In one photo, she thanked people for all the birthday wishes. In the other one, also told her fans that she’s okay after her surgery. Previously, she told fans that she’s going for a tummy tuck.

John Yates captioned his screenshot with “best wishes” for a “full recovery.” However, 90 Day Fiance fans slammed Larissa for spending so much money on body sculpting when she borrowed money from her dad and invests nothing in her own kids. Actually, many fans feel disgusted at her behavior as she hardly needed a tummy tuck, they believe.

Larissa should forget tummy tucks and go home to her kids, fans say

One angry fan said Larissa “should send that money to her kids.” they added, ” She is so into herself.” Later, they noted that for Larissa, “[her kids] are not even a passing thought. It’s always about her.” Others suspect that exes Colt and Eric between them spent a lot of money on Larissa’s body sculpting.

Another 90 Day Fiance critic told Larissa she should “stop spending money on her looks and start supporting your children and pay back her daddy.” Then, one critic said, ” I’m glad she does not have her kids and should never get them ever! Send her back home but away from the kids. She needs to fix the inside not the outside.” 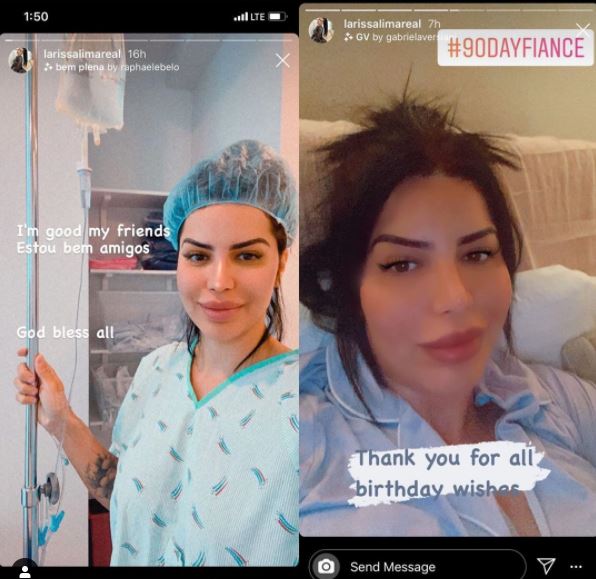 What do you think about Larissa getting more body sculpting done with a tummy tuck? Do you agree that if she’s so broke she shouldn’t waste money? Sound off your thoughts in the comments below.