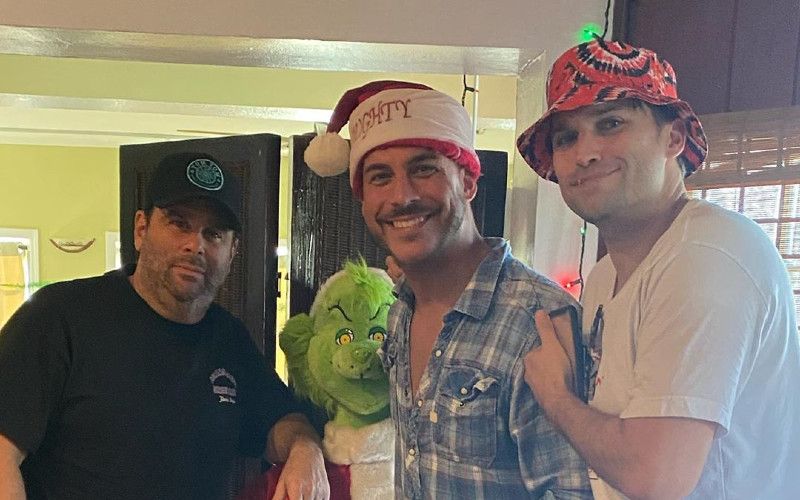 The coronavirus pandemic put many friendships and relationships on pause. Due to quarantine guidelines, people haven’t been able to socialize with their close pals in months. But now that some states are lifting the restrictions, groups of friends are getting together.

The cast of Vanderpump Rules is no exception. The show has yet to resume filming. In fact, Bravo has yet to confirm there will be a Season 9 at all. But several of the stars are friends off-camera and have started hanging out again.

Jax Taylor and Brittany Cartwright just returned from Kentucky. They were there taking care of Brittany’s mom after complications during a routine surgery. After a ‘fam dinner’ with a few of their co-stars, the couple is jet setting again. But they’re not alone.

Randall Emmett Gets ‘The Boys’ Back Together

Vanderpump Rules fans have heard a lot about Randall Emmett’s private jet. Lala Kent once took the ladies on a girl’s trip to wine tasting in Solvang, California. Now it’s the guys’ turn.

On August 14, Randall took to Instagram to share a video of some of his co-stars relaxing on his jet. In the video, Pump Rules stars Jax Taylor, Beau Clark and Tom Schwartz are all on the private plane. In the caption, Randall writes, “the boys are back!”

The boys are back! @mrjaxtaylor @thegoodthebadthebogie @twschwa and yes we all tested negative for covid!

As fans know, Randall and Jax have grown particularly close friends in the last few years. In fact, Jax was going to replace Tom Sandoval with Randall in his wedding party. However, Jax reconsidered the switch, though Randall did wind up a groomsman in Jax’s wedding to Brittany Cartwright.

Sandoval and Jax are taking a “break” in their friendship.

Many fans asked in the comments where the plane is headed, but Randall never answered.

While Tom Schwartz is on the plane, it’s not clear if his wife Katie Maloney-Schwartz also went on the trip. She premiered her new podcast, You’re Gonna Love Me on August 14. Co-star and former nemesis, James Kennedy, was her first guest. He addressed his role as a ‘villain’ in the earlier seasons of Pump Rules.

Brittany Cartwright was in on the getaway. Jax shared a video to Instagram Stories of her walking to the plane. He also shared a selfie from the plane.

However, none of the girls can be seen on Randall’s Instagram video.

Fans SLAM Randall For Not Wearing Masks or Social Distancing

While it’s clear from Beau’s Instagram Stories that the friends WERE social distancing, fans didn’t know that from Randall’s video. Many fans took to the comments to call Randall out for the lack of masks and not social distancing.

Even though Randall writes in the caption that everyone got COVID-19 tests before boarding the plane.

In fact, Jax shared his negative test results in his Instagram Stories.

Some fans defended the Pump Rules stars. They noted that it was a private jet and mask rules don’t apply.

While Bravo has yet to announce any plans for Season 9, Randall recently spoke out about if he’d return to the show. Check back with us for updates on the future of Vanderpump Rules.