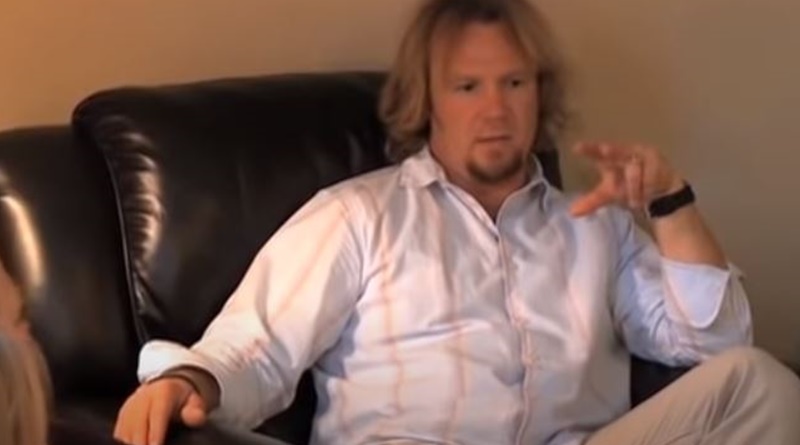 Sister Wives fans know that Kody Brown most often drives either a Lexus or an Infiniti. But, he swapped over to a truck. Plus, his mocassins or closed street shoes got swapped for some boots. It certainly seems like Kody goes full-on Arizonian these days.

When Kody Brown moved his family to Flagstaff, Arizona, he described the place as liberal and populated by a lot of hippy people. Kody with his long and unkempt hair might have fit in like an aging hippy, one might think. But, it looks like he went the other way and rather adapted the  lifestyle of the area. Janelle Brown revealed on Instagram on Friday, the news that he wears his boots and drives a truck these days.

The Sister Wives family also embraces the natural surrounding of Flagstaff and nearby areas in Arizona. Janelle, in particular, enjoys getting out in nature. In fact, we reported in July, that Janelle joined a group who gets out in the wilderness and studies native plants. And, their entertainment these days revolves more around natural settings than diners, movies, restaurants, and other indoor entertainment.

Arizonians who live in Flagstaff love their lifestyle

Flagstaff’s a great place for a vacation if you like the outdoors. In fact, it’s a cool destination during winter as it snows there as well. Students and young people enjoy festivals downtown or in nearby parks, free concerts, and dancing in the square, Wander Wisdom notes. But for those who love nature, and a slower pace, the place is surrounded by the Coconino National Forest. Want a great view of a sunset? Take a short drive into the mountains.

Janelle Brown shared that these days, that’s the sort of thing the Sister Wives family does on a Friday night. She shared a photo of Savananah with Kody in the back of a truck. Her caption read, “COVID…changed our evenings out. I think possibly for the better.” The nature-loving mom added,  “We often just load up in the car, grab a picnic or takeout and go for a drive.”

Janelle described their evening out this week. She wrote, “A couple of days ago we drove up the mountain to an overlook by our local ski resort. The sunset did not disappoint! It was so beautiful to watch as it slipped below the horizon leaving the shadows surrounding the hill, mountains and meadows below us.”

Then, the Sister Wives star revealed that “Kody…transitioned to boots and a truck 😀.” Fans seem rather happy for the family that they get to do that sort of outdoor activity. In fact, several of them noticed that Savannah looks happy and “contented.” And, some TLC fans who lived in Flagstaff and moved away say they miss that lifestyle to this day.

COVID has changed our evenings out. I think possibly for the better. We often just load up in the car, grab a picnic or takeout and go for a drive. A couple of days ago we drove up the mountain to an overlook by our local ski resort. The sunset did not disappoint! It was so beautiful to watch as it slipped below the horizon leaving the shadows surrounding the hill, mountains and meadows below us. And why yes, Kody has transitioned to boots and a truck 😀.

What do you think of Kody Brown going full-on Arizonian with his truck and boots? Do you think that ultimately, the decision to move the Sister Wives family there from Nevada worked out for the best? Sound off in the comments below.

Jenelle Evans Shows Off Weight Loss In Sexy Animal Print Bikini
‘The Witcher’: Netflix Will Not Renew For Season 3 Without Accomplishing Milestone
Just How Many ‘DWTS’ Season 30 Contestants Have Dance Training?
’Sister Wives’ Fans Feel Inspired By Janelle Brown, And Here’s Why
Becca Kufrin Slams Troll Who Criticizes Her Interest In Thomas Jacobs