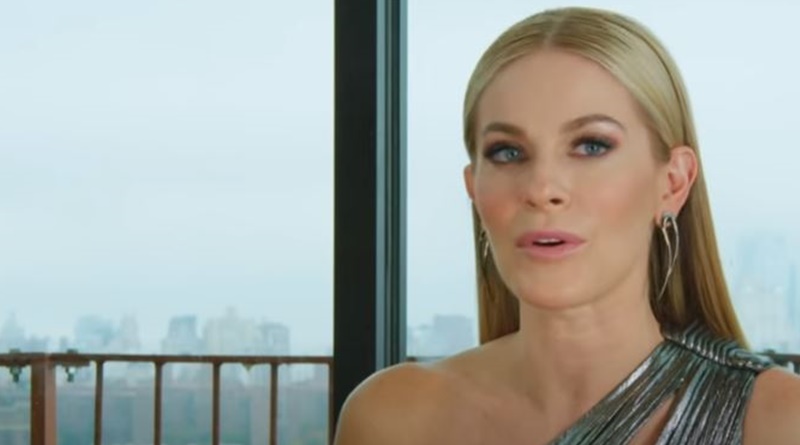 RHONY fans see Leah clashing a lot with Ramona these days. Ramona haters enjoy that. And fans agree with her that it might be a good idea for more diversity in the next season of the Bravo show. Now, she delivered something that fans really love. In fact, they feel Bravo finally delivered a “storytime we deserve.”

RHONY – Leah gets fan laughing so hard – ‘a storytime we deserve’

In the most recent episode of Real Housewives of New York City, Leah McSweeney took it away with a bizarre revelation about her vagina. It came when the show covered all the ladies on vacation in Mexico. While there, they all visited a shaman. Later, all excited, the women got together and chatted about the rituals they went through. Leah revealed that she experienced similar sessions with a witch she knows in New York.

Reminiscing about one particular instance, the RHOA star talked about how someone broke her heart. Struggling to deal with it, she consulted her friend the witch. And, the cure for a heartbreak got fans absolutely rolling with laughter on social media. In fact, one fan described it as a “storytime” we deserve. It looks like Leah just dished something that certainly becomes a meme that never goes away on Twitter.

Crystal eggs in her vagina

Leah’s not shy about her sexuality, as fans know. In fact, one of the recent clashes with Ramona came after she pretended to make out at Ramona’s birthday party. Now, on national television, the Real Housewives of New York City star revealed that the witch gave her a crystal egg. Apparently it would dissipate the negative energy that she and her ex produced while enjoying a bit of rumpy-pumpy. Fans got in hysterics when she explained that to do that, she needed to insert the crystal egg inside her, Meaww noted.

To make it even funnier, Sonja rather fancied meeting the witch for something similar. Possibly, the reveal about the crystal egg in her vagina brought more “tears of joy” emojis than ever seen before from RHONY fans. One fan noted, “Laeh’s talking about her Puerto Rican brujeria from Brooklyn giving a crystal egg for her vag to rid her of her ex-bf’s energy…brings a lunch storytime we deserve. Bravo please take notes and retire the upper East Side ladies.”

Leah’s talking about her Puerto Rican brujeria from Brooklyn giving her a crystal egg for her vag to rid her of her ex-bf’s energy is the type of #RHONY lunch storytime we deserve. 🤣 Bravo please take notes and retire the upper east side ladies.

Other fans enjoy a good laugh at Leah’s reveal

Another fan of Leah commented, “lolol… Wait what Leah? Your ex-bf’s negative energy is in your what? And a witch gave you an egg to put inside you to rid your body of his energy? yeaaaa.” Then. someone wrote, “Omg Leah talking about sticking a crystal up her vagina bc a witch told her there was still bad energy from her ex up in there.” They added, “I can’t

I want to know how Leah pulled that egg out #RHONY pic.twitter.com/ksqiRMzhgR

It certainly seems that Leah outdid herself on RHONY this week. Do you agree? Sound off in the comments below.

J. Lo Assassin Action-Thriller ‘The Mother’ on Netflix: What We Know So Far
Is Kendra Duggar Strapped For Cash After ‘Counting On’ Cancelation?
Matt Roloff GLOWING, ‘LPBW’ Fans Anticipate Wedding Announcement
‘The Masked Singer’ Spoilers: Giant Baby ‘Fuels Nightmares,’ Who Is It?
Chase Chrisley Likens Father Todd To A Tornado, And Here‘s Why