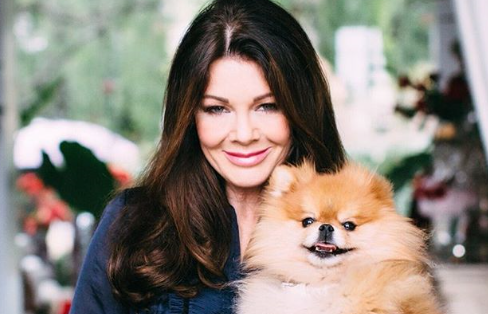 Lisa Vanderpump has a new outlet for her thoughts and awesomeness. It’s a podcast called All Things Vanderpump. When talking to ET the former Real Housewives of Beverly Hills star said, “it’s all gonna be about fan questions and people that inspire me. I mean on many different levels, as celebrities, as business people, iconic people.”

Lisa said she loves connecting with people. As for whether or not any Bravolebrities will be on, she isn’t really clear. She said, “Oh, I’m going to have all the Housewives on of course… said no one ever. Well not from Beverly Hills.” She didn’t leave RHOBH on the best terms with the other girls. Fans will remember Puppygate as the beginning of the end.

I have finally started preparing for my own Podcast show! I am excited to connect with you guys more through this series, and I would love to hear what topics and questions you have for me! Business, entrepreneurship, design, restaurants, wine & cocktails, food, cooking, activism, philanthropy, dogs, ponies, marriage, relationships, sex.. or lack thereof lol! I would love to focus on all aspects of my life and have some great discussions with you! Submit your questions if you have them to LVP@kastmedia.com so that your ideas can be part of my first couple of episodes!

Lisa also weighed in on the Brandi Glanville and Denise Richards situation. She said, “I hear Denise has been having a really rough time. I always had a great connection with her.” She said she would want to speak to her about it.

Lisa said she “probably” believes Denise considering that she has had run-ins with Brandi in the past. The fact that Brandi said she had a fling with Denise doesn’t ring true to Lisa. Brandi had also said that Denise badmouthed the cast whenever she got a chance. She said she hasn’t watched any of this season.

Lisa said she would invite one woman from Beverly Hills to the show, Joyce Giraud. The fourth season star had run-ins with Brandi as well. Lisa has stayed friends with Joyce since she left. There is, of course, her Vanderpump Rules stars and employees as well. There’s the possibility she might interview James Kennedy. The restaurant owner can take time for a podcast since SUR isn’t open and Villa Blanca closed for good.

Lisa Vanderpump was also asked if she had been in contact with Stassi Schroeder or Kristen Doute since they were let go from the show. She said that she had attempted to reach out but hadn’t heard from them. She said, “you know, I’ve reached out to Stassi two or three times and I haven’t heard back from her and I really, you know, I do love them both.”

Lisa said everyone will miss out on a great story with Stassi being pregnant. She said, “I think it’s sad, really, what happened, because I do think that people can learn from their mistakes.” She said, “I think you’ve seen that on the show. Of course, we do know that we’re in this momentum of really people kind of standing up for what’s right.” She said she also thinks people can come back from it, and make a change. All Things Vanderpump will launch everywhere soon.