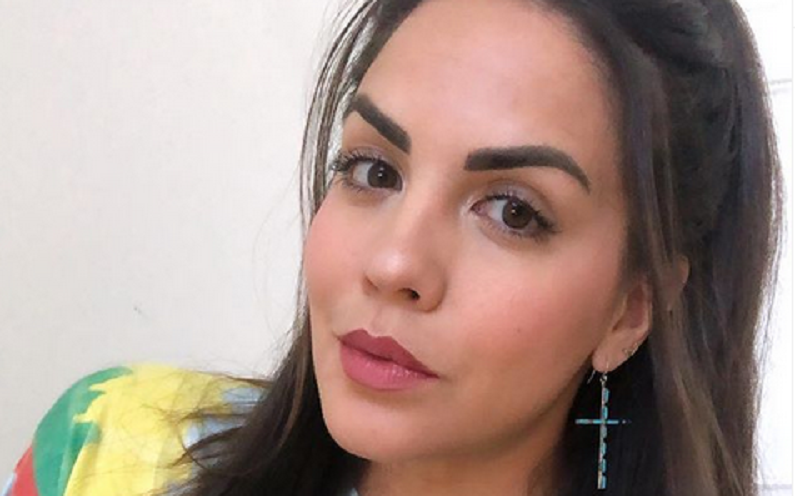 Katie Maloney admits her “drama” with Stassi Schroeder and Kristen Doute was “petty.” She wants to shift the perspective on their friendship. This comes two months after the Vanderpump Rules firings.

The so-called Witches of WeHo spent time together in recent months. The trio is working on their friendship. Katie admits that their friendship didn’t end well on Season 8 of Vanderpump Rules. She sees everything with new eyes now.

In an exclusive interview with Us Weekly, Katie Maloney admitted that they were “petty.” She feels differently about the way things went down at the end of Season 8 of Vanderpump Rules. She explained that they don’t always see eye-to-eye.

“Our friendship throughout the years has definitely gone through fallouts to reuniting to just being kind of like sisters where we get into arguments,” Katie explained to Us Weekly. “We don’t agree all the time.”

Their friendship fell apart during Season 8 of Vanderpump Rules. Katie and Stassi fought with Kristen over her on-and-off friendship with her ex-boyfriend Brian Carter. During the interview, Katie explains that she and Stassi just wanted to see their friend happy. But they felt it was better to give Kristen her space.

However, the fashion blogger reflected on her friendship with Kristen after Bravo fired her and Stassi from the show back in June. Their firings came after their co-star Faith Stowers recalled a 2018 incident where they called the cops on her for a crime she did not commit.

Despite all that’s happened, Katie says that Kristen is “like a sister to me for so long.” This has allowed her to “look past all the drama that happened the last year and just be there for my friend right now.” She would rather put the drama aside to support her longtime friend.

The Witches of WeHo are mending their friendship

Us Weekly previously reported that Katie Maloney, Stassi Schroeder, and Kristen Doute are working on their friendship. They reconnected after going through some major life changes in such a short amount of time.

“Stassi, Kristen and Katie have all been hanging out more and celebrating Stassi being pregnant and mending the friendship between the three of them,” an insider told the publication. “Kristen and Stassi also talk a lot more often and have been there for each other and are re-learning together and working on ways to work together to share their learning and mistakes.”

The best drinking buddies ever! Halloween isn’t complete without these wicked potions! @witchesofweho

Katie also lost her Witches of WeHo Wine, which was pulled from store shelves and online retailers. She worked on it with Stassi and Kristen. But now Katie has a new podcast with Dear Media. The actress believes the platform is right for her because it “is highlighting and putting out the female voices.”

Is ‘American Pickers’ Co-Star Is Behind Mike Wolfe’s Recent Breakup?
‘The Witcher’: Netflix Will Not Renew For Season 3 Without Accomplishing Milestone
’LPBW’: Audrey Roloff Gets Lost In Her Feelings Over This Picture
‘GH’ Spoilers: Sonny Is Back And Furious, Limo Explodes Shakes Up PC
‘SW’ Christine Brown In Touch With Her Evil Inner Villain?