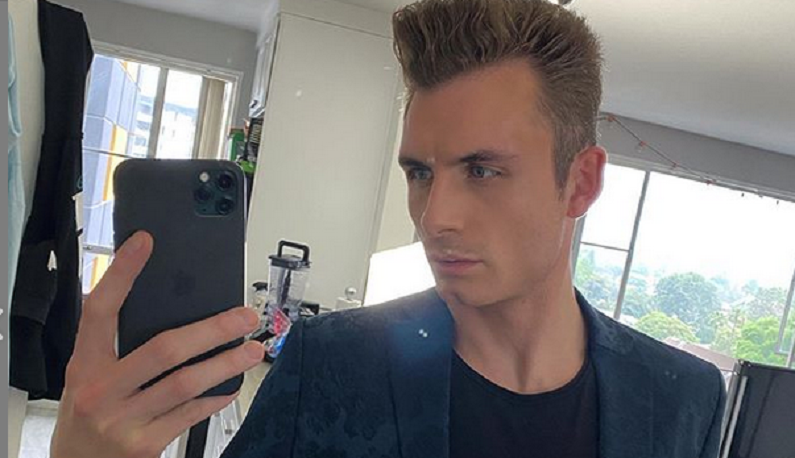 James Kennedy addressed the criticism that he became the villain of Vanderpump Rules. However, the reality star can’t relate. The DJ spoke out on Friday, August 14 on how he felt about being labeled a villain. He was the first guest on Katie Maloney’s new podcast, “You’re Gonna Love Me.”

During the interview, James shared his thoughts on Season 5. He explained the path he took to redeem himself. At first, he didn’t understand that he became the villain of the show. He thinks it’s something that only exists on super hero movies. But he knew he had to change his behavior.

James Kennedy shares his thoughts on the villain label

As per Inquisitr, DJ James Kennedy shared his thoughts about being called a villain. He made his big debut during Season 5 of Vanderpump Rules. At the time, he had no idea that people wouldn’t like him. He didn’t feel like he was the villain of the show. The label shocked him.

“I didn’t ever think of myself as a villain,” James explained to Katie. “I was getting confused when I started hearing that.”

He finds the villain label “interesting,” but he doesn’t agree with it. He didn’t set out to become one. The White Kanye doesn’t believe that “villains” and “heroes” exist in the reality TV world.

“I don’t even like to think of it as heroes and villains because there is no such thing in this world of reality television.”

The DJ doesn’t believe there are good people and bad people on reality TV because everyone is simply sharing their stories. When he first heard the word, he associated it with “the Joker or the Green Goblin.” He explained that those characters want to hurt people. He never intended to hurt anyone. But he did admit that he made mistakes.

“I did things that were completely wrong,” James said.

He took the criticism and decided to change for the better.

Vanderpump Rules star explained how he turned his life around

James Kennedy had a revelation. Suddenly, he didn’t want to be the villain of the show anymore. James knew he had to change his behavior. He told Katie that things would have gotten out of control if he didn’t turn his life around and get sober.

“I would have been a villain if I continued the ways that I was heading towards,” James continued.

…Who can you hear flow on this beat? 🔥 (also I’ll be posting something I made at 4am last night)

He realized he didn’t want to be in the same place 10 years later. As TV Shows Ace previously reported, James celebrated one year of sobriety on August 5. He thanked his co-stars for setting him on the path to sobriety. He also credits his girlfriend, Raquel Leviss, for his sobriety.

In the podcast episode, James also shared some things about himself that fans don’t know about him. He talks about his humble beginnings as a DJ. The VPR star also revealed what he was like in high school.

‘Bachelorette’ Star Tayshia Adams ROASTS Brendan Morais
‘Love After Lockup’ SHOCKING Spoilers: Are Stan And Lisa Still Together?
Nanny Faye Has Chase Chrisley Blushing With The Junk In Her Trunk
‘RHOBH’: Brandi Glanville & Kim Richards Refuse To Speak To Each Other, What Happened?
‘Deadliest Catch’ Exclusive: The Worst Is Yet To Come In Nail-biting Season 17 Finale