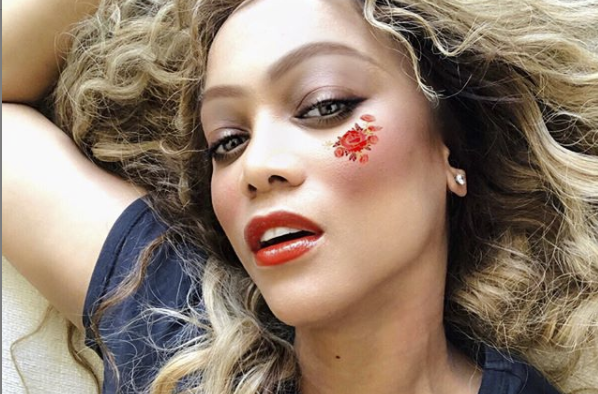 The newest addition to the Dancing With The Stars family may have some news to share with fans. Page Six obtained photos of the star with a huge rock on Tyra Bank’s finger. Her boyfriend, Louis Bélanger-Martin, can also be spotted in the photos. Could we hear wedding bells soon?

An inside source reportedly told Page Six Tyra and Louis are “very, very much in love.” If they are engaged, the couple is being pretty tight-lipped about it for the time being. And it does make sense. Tyra Banks has a lot on her plate right now. For now, we will just have to wait and see.

Tyra Banks Prepares to Host Dancing With The Stars Next Month

In July, we learned Tyra Banks will be the next Dancing With The Stars host. Tom Bergeron and Erin Andrews will not return for the upcoming season. This announcement greatly angered fans. However, DWTS pros are remaining optimistic.

“I think that she is pretty relatable. She’s really good on TV; she knows how to host, obviously. It will just be interesting to see her in the dancing realm. Like, I’m not sure how that’s gonna go, but I think she’s gonna be great. It will be really interesting to watch, for sure,” pro Witney Carson told Entertainment Tonight.

Honestly, we’re also excited to see what Tyra will bring to the show. She will be the first Black woman to host the show. She celebrated this achievement on Good Morning America.

“I like breaking those doors down so that we don’t have any more firsts,” Tyra said on the show. “But it’s nice to be first, right? So you can open that door and let so many people in after you. I’m excited!”

From the catwalk to the dance floor. @tyrabanks is so excited to join #DWTS and we’re thrilled to have her!

She also added that things would be different this season. But change isn’t always a bad thing. Let’s give Tyra Banks a chance.

Still No Word On When DWTS Will Return

Several news outlets reported Dancing With The Stars will come back in September, but that’s all we know for now. We’re actually still waiting to see a full cast list. According to the show’s Instagram page, they plan to air on Monday nights.

Former Bachelorette Kaitlyn Bristowe is the only confirmed celebrity contestant right now, and she’s really excited to be on the show. She recently posted photos of herself on Instagram, showing how training for the show has really helped her slim down. We wish Kaitlyn the best of luck this season!

Who do you think will be a celebrity contestant on Dancing With The Stars this season? Will you tune in? Make sure to let us know what you think. Make your voice heard! We’ll update you as soon as we know anything more about DWTS.