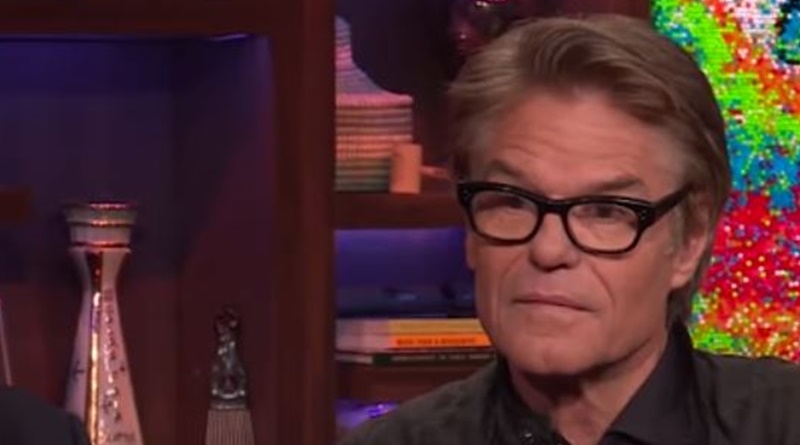 RHOBH fans know that Harry Hamlin’s got a son by Ursula Andress. Dimitri, now aged about 39, was conceived when Harry was about 28 years old. Lisa talked about him when the Real Housewives of Beverly Hills cast went over to Italy. Unlike  Lisa Rinna’s daughters by Harry, Delilah Bell and Amelia Gray, Dimitri doesn’t feature on the Bravo show. So, we went off to find out more about him.

Toofab reported about the info that Lisa Rinna dished in Wednesday’s episode. And, she didn’t hold back on the nitty-gritty either. Fans probably already know that Harry got together with “Clash of the Titans costar and OG Bond Girl,” Ursula Andress. But, Lisa Rinna revealed a bit more about how Dimitri happened. It came when the Real Housewives of Beverly Hills stars toured the city of Rome looking at the architecture.

The RHOBH star told Denise Richards, Garcelle Beauvais, and Sutton Stracke, “I think this is why our house looks a little bit like this.” She then talked about how Harry lived in Italy for three years or so back in the late 1970s and early 80s. Of course, curious, the other stars wanted all the details, which Rinna obliged. It seems she certainly doesn’t mind dishing about her husband on reality TV. It came when they filmed Clash of The Titans. According to Rinna, Ursula just called up Harry one day, saying, ‘Harry, come to my room.” Rinna added, “And so he did, at 28 years old, he went in and she got pregnant that night. And that was that, at 44. First time.”

Where is Dimitri now, and does he get along with Lisa Rinna?

A few years ago, Bravo TV reported a bit about Dimitri. He was born in May 1980 in LA. Back then, they noted that Dimitri later followed his parent’s love for movies by “acting in the foreign series, My Daughters.” Apparently, he also featured in some “music videos.”  On top of that, he modeled for “Abercrombie & Fitch.” And, he’s a pretty good DJ. In fact, he featured at Reality Cares The Dogs Next Door about 12 years ago.  Dimitri’s also no intellectual dummy. In fact, he attended Princeton and graduated with a degree in “Philosophy.” Perhaps you read some of his articles he wrote for  The Huffington Post. There, his profile describes him as an “Ontological Anarchist.”

The stepson of RHOBH star Lisa seems rather retiring and quiet these days. However, you can see some photos of him through the years on Facebook. Reports come that he and Lisa Rinna get along okay. Mind you, some fans think it just as well that he grew up on the fringes of the family. As one fan said on Twitter, “Do you know what kid that @lisarinna  didn’t f–k up?! HARRY F–KING HAMLIN’S son Dimitri #RHOBH.”

What did you think about Lisa Rinna on RHOBH just dishing how Harry Hamelin’s son Dimitri got conceived? Sound off in the comments below.