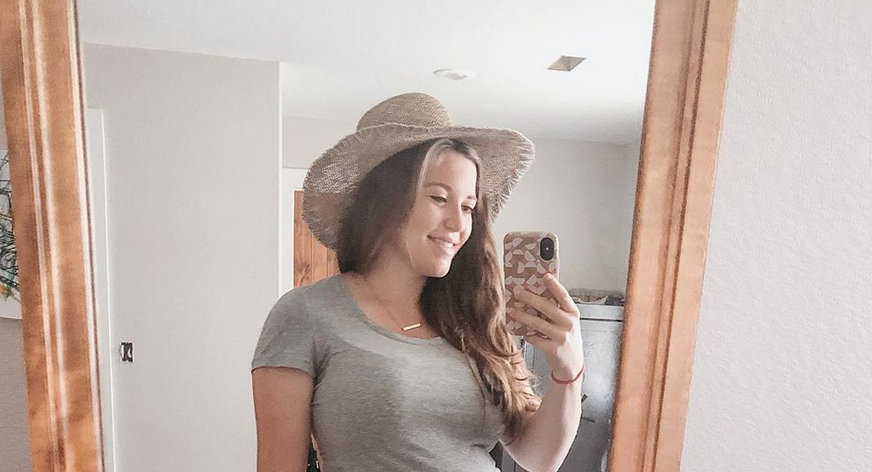 On social media on Wednesday evening, Joy Duggar Forsyth gave fans an update. The Counting On star is due to have her baby very soon, and fans have been wondering if the baby was already here. So, was the baby born yet?

Joy previously shared a social media post, talking about how it’s hard to be patient near the end of her pregnancy.

In a new Instagram post, Joy shares a picture of herself and her two-year-old son Gideon snuggling. She writes, “Yes… we’re still waiting for this baby girl‘s arrival!💕 Meanwhile, enjoying all of the extra snuggles from Gid!🧡”

Fans are surprised to learn she hasn’t had the baby yet. Joy last shared a post on Instagram about a week ago. In this photo, fans realized how low Joy was. So, they suspected the baby would be coming soon.

Yes… we’re still waiting for this baby girl‘s arrival!💕 • Meanwhile, enjoying all of the extra snuggles from Gid!🧡

Plus, since Joy didn’t post for a week, that only encouraged more speculation about the baby’s arrival. Because she usually posts more often, fans thought she might have had the baby and was waiting to make an announcement. She’s been keeping Counting On fans in the loop about her pregnancy.

It sounds like Joy is due on August 19. So, she has less than a week to go.

Joy plans to give birth to her daughter at the hospital. A little while back, she packed her hospital bags and chatted about her birth plan in a YouTube video. Her birth with Gideon was a home birth. Then, when she lost a baby in 2019, she gave birth in the hospital. This time around, she wants to have the baby in the hospital.

When Joy last gave an update about the baby’s name, she admitted that she and Austin hadn’t talked about it much. They aren’t planning on naming the baby until she arrives, but they may want to have a few ideas ready. Perhaps they’ve come up with a list in the past week in preparation for the baby’s arrival.

How are we only a couple of weeks away from meeting our baby girl?!? We couldn’t be more excited!🥰 ▫️ Being patient is hard, but I’m trying to cherish these last days with just the 3 of us!💕

What did Joy find out at her 37-week appointment?

Joy recently filmed a 37-week update video and shared it on YouTube. She revealed that she and Austin are finishing up some last-minute things around the house, such as buying a chair for Joy to nurse in and installing the car seat.

Joy also heads to a doctor’s appointment. She finds out that she’s dilated to 2 centimeters and 80% effaced. At that point, she was also having Braxton Hicks contractions.

It’s unclear what’s going on now, as Joy’s caption was pretty short. But fans are eager to hear the exciting news of the baby’s arrival. She should be here soon.