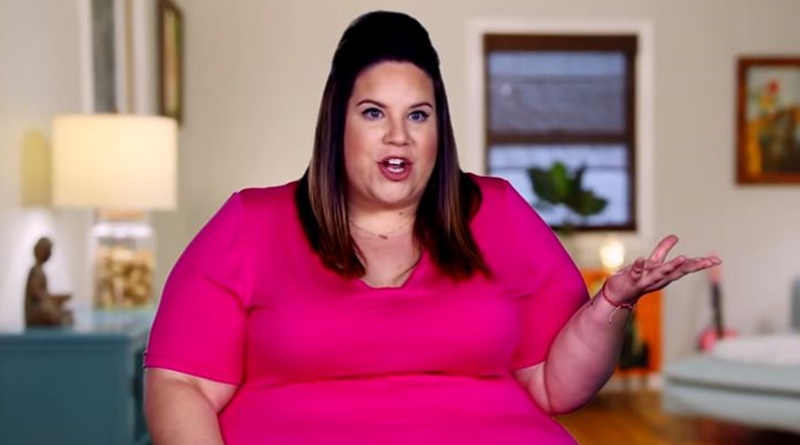 MBFFL fans wondered if TLC actually had a storyline for Whitney Way Thore after she revealed Chase expects a baby by another woman. Recall, that since their engagement in Paris, Chase and Whitney split. So, fans won’t see the wedding people expected. But, they came up with a storyline for My Big Fat Fabulous Life. And in fact, the show airs a lot sooner than the expected January date.

We reported that fans on Reddit speculated about the potential storylines now that Chase Severino and Whitney split. At one stage, fans speculated that Buddy and Whitney might actually hook up. Fans suggested that at least two more seasons could come out of that. Others thought that TLC might actually come along with Chase and Whitney while planning their wedding but Chase dumped her at the altar. Or, they could actually marry and then get divorced. But, it looks like neither of those scenarios plays out in the new season. However, it covers a lot of things that fans already saw happening in Whitney’s life on social media.

That might explain why the network was able to cobble something together so quickly nearly two months ahead of its usual premiere month. Broadway World reported the announcement from TLC. The show returns in November this year. Actually, the storyline for MBFFL does talk about the wedding bells fans expected after the romantic Parisian proposal.

But, it looks like the new show really kicks off when Whitney and Chase, separated by quarantine still carried out their long-distance relationship. Fans know that Chase promised he’d move to Charlotte, but that never happened. Instead, Whitney quarantined with her mom and her dogs. From Instagram, fans know that Chase called up Whitney with the bad news about the baby.

Buddy and Whitney during quarantine

Something fans might see on the show also came out on Instagram already. TLC’s My Big Fat Fabulous Life storyline suggests that Whitney’s “shocked, sad and angry” after the news from Chase. She said that she ended up in the hospital from a panic attack. We might actually see that, as Buddy features in the new show moving in with her. Fans knew that already as well. The news came from Whitney’s Instagram when she shared about going to the hospital. And, Buddy picked her up and took her home. He remains there to this day.

However, it looks like the new season of MBFFL reveals something fans didn’t hear from Whitney. It involves the fact that Whitney considers undergoing weight-loss surgery, thinking that might help her find real love. Other aspects of the new season take a look at the fact that Ryan and Whitney’s workout business does really well online. But, there’s some questions as to whether Whitney and Ryan get along. That’s because Ryan’s still pretty close with Chase and considers him a friend. The rest of the show follows Whitney Way Thore as she struggles to find a way forward with her “usual resilient determination.”

The MBFFL show premiers on TLC on November 10 at 9 p.m ET/PT.