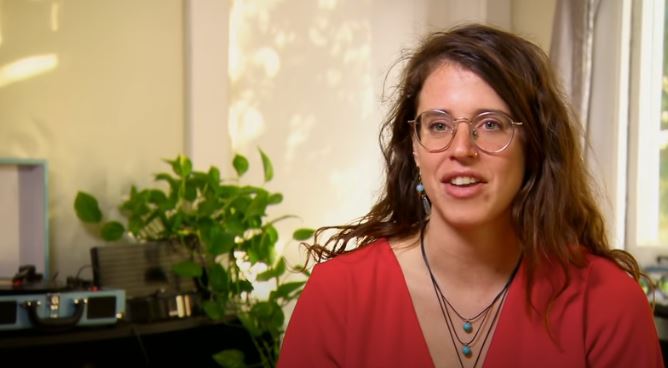 This week’s Married at First Sight Season 11 honeymoon adventures take a deeper dive as the five couples from New Orleans draw closer in Cancun.   In August 12’s “The Honeymoon Begins,” Bennett and Amelia differ in their understanding of “YOLO.”  He dubs it as “You only love once,” as he tells his bride.  She explains the more traditional “You only live once,” but says she would love for “YOLO” to happen as the two giggle over breakfast.

None of the couples have come to the point of consummating their vows, but one Married at First Sight couple knows what kind of passionate combustion is bound to happen when they do.  Amani and Woody already have the “want” to make love, but she is afraid that “we won’t be able to stay away from each other” once the moment comes.

Miles and Karen, Brett and Olivia, and Henry and Christina are setting their own pace through the Married at First Sight experience,  some with more satisfaction than others.   Each of the matches in the arranged marriage process is making strides forward, but will the bonds be strong enough for life in the real world.

Karen isn’t yet comfortable calling Miles “my husband,” but his ever-attentive concern and patience have warmed the bride to think of him as “my stranger,” as she described during the couple’s reunion. Miles seems quite content with that title, but he has aspirations of becoming “my acquaintance,” by the end of the honeymoon.  Karen disclosed the pain of her former lover having a child outside of the relationship, and she’s always looking for red flags.

She worries that Miles’ past of 10 monogamous relationships will mean that she only becomes number 11.  For his part, this Married at First Sight groom is content that “she keeps giving me steps” toward earning trust and love.  Let’s hope they lead somewhere.

Another lost ring and lovely showers on ‘Married at First Sight’

Woody’s exuberant swim during a double date with Amelia and Bennett carried away his wedding ring.  Married at First Sight fans will remember when a lost ring on Keith and iris’ honeymoon almost brought a halt to the marriage.  Fortunately, Amani only gave her husband the business about their vows being over now, ultimately, saying “it’s not that deep” concerning the ring disappearing.

Instead, these two have found a deep affection for taking showers together, where the cameras can’t go. It’s no wonder that the “gravitation” and energy between them grows ever stronger.

Olivia and Brett have decided not to discuss private intimacy issues with others, as they told the other couples.  They are spending a lot of time discussing personal matters in the bathroom and boyfriend/girlfriend stuff.  Brett told his Married at First Sight bride that he went on a second date with someone just two days before being matched for the experiment.  Despite his glowing comments about Olivia, the serial dater who uses apps, sites, or any other means of “efficiency” in relationships is clearly looking to get back to the life.

The bride and groom were game for an obstacle course and Olivia held her own for a while before Brett knocked some calluses ,off his hands, as TV Shows Ace reported. Olivia didn’t seem concerned after taking a look. tThe next time fans see Brett, he is bandaged like a war veteran and not feeling up to much activity.

Henry was cautious of Brett from the beginning, so give the guy points for intuition. Conversation is still not coming easy between Henry and Christina, but so far, they are not throwing in the towel.  The flight attendant bride confessed during the powwow with the other couples that she wondered why she and the shy medical recruiter had been matched for Married at First Sight at first.  “He’s so different than anyone I’ve ever been with,” she insists.  Henry has never even been bold enough to approach a woman at a bar.  These two are broaching relationship basics.

Christina jumps all-in to offer Henry a slice of Mexico that he would never try on his own.  She does it without any mescal this time, too. The Married at First Sight odd couple walks uneven steps, jumps on foam squares, and tries to float in a muddy water stream– if only Henry could let go and get his hair wet.  It’s truly fun to give someone so many “first times” and it was charming to see Henry at least try to take on something different, even when he did have trouble getting out of the kayak

Christina has never been “the aggressor” in the relationship, and always being the one to bring the big thrills to any relationship can be exhausting.  Bit by bit, let’s hope Henry can let his guard down and take the lead on occasion and work toward real communication.  A genuine conversation would go a long way toward good things under the covers for this pair.

Time to jump on into the HONEYMOON! 🌴 #MarriedAtFirstSight is starting right now. pic.twitter.com/S3C2YU93fN

A serious chess game and a painful revelation

Amelia and Bennett instantly found their intimacy through spiritual connection and conversation, even from the dance floor at their wedding.  Their focus on one another and intense ability to listen are qualities that many couples never discover– much less the ones from Married at First Sight.s

Woody and Amani joined Miles and Karen for a speedboat ride, while Bennett and Amelia played a chess match on a giant outdoor board.   Amelia tried to tread softly with the soon-coming truth that she would have to move for her residency and then move for a job.  Her husband’s broad smile disappeared, and he gave no expression or approval.

Later in the evening, he related how he had a looming sense of morbidity and coming to terms with mortality due to his mother’s cancer in his middle childhood, as Newsweek reported.  Amelia listened intently and silently before her recollections of her mother as a young doctor.   Polly’s time spent with her children might have been sporadic due to her work, but they always felt overjoyed to be together.

Bennett assured Dr. Pepper Schwartz that “I’m pretty portable,” before his match.  Part of his resistance to a move of any distance is likely related to the sense of losing his mother that he felt as a child.  Marriage is about creating new bonds and transitioning from older ones, while still keeping love and friendship alive.  This fan-favorite couple is about to embark on a huge  Married at First Sight earning curve.

Meanwhile, Miles and Karen and Woody and Amani both reminisced in the cool air on the hammock and looked forward to yet another Married at First Sight Mexican shower.