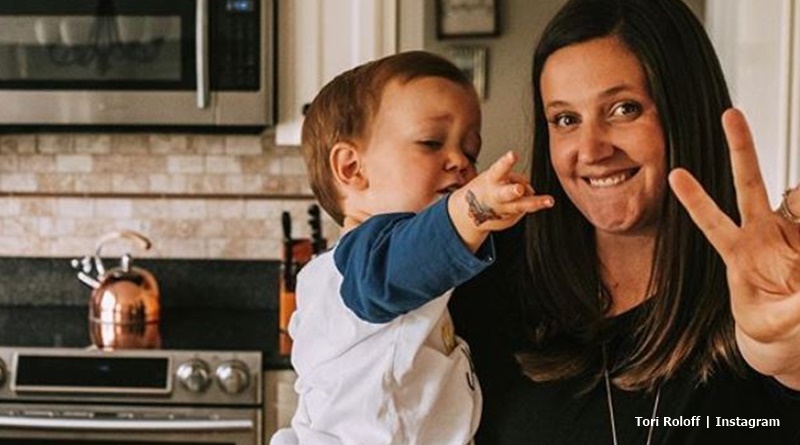 LPBW returns to TLC in September. It follows on from the last season that kickstarted with the opening of the pumpkin season. Fan already heard about the show filming again, but the date of the premiere just got revealed. While the news came from TLC, Tori Roloff also announced the date on her Instagram Stories. Along with Jackson, she got him to tell fans to remember to tune in. Cute little Jackson announced the premiere of Little People, Big World with a “happy birthday” shout out.

Tori Roloff took to her Instagram Stories on Wednesday to tell her fans about Little People, Big World returning to TLC. Actually, it might be one of the cutest announcements ever. Little Jackson got it a bit wrong, but that doesn’t matter. Obviously, he associates good things in life with birthdays. In the clip, Tori said to Jackson, “can you say make sure you’re watching?” Well, little Jackson answered that by saying in happy voice, “Happy Birthday.” Tori laughed, saying, “or happy birthday…either one!”

Broadway World wrote about the announcement that the show returns. Hopefully, fans see lots more of Jackson as they adore the little guy. Actually, the press release notes that Lilah and Jackson come along in the show. That’s because “Zach and Tori [experience] the joys and challenges of parenthood with baby Lilah and Jackson.” They take care to ensure that both of them get the “care and attention they need.” So, Yay! if you’re a LPBW fan who loves Jackson.

More about Amy Roloff leaving the farm and quarantine

It might feel that Amy Roloff’s taken forever to leave the farm. More than a season back, fans saw Amy and Matt clash over signing over ownership and all of that stuff. Once again, it revisits all of that which fans thought rather bring in previous seasons. Matt seems eager “to get everything settled between them in terms of ownership.” But finally, fans see Amy move to her new place. The show reveals that things become a bit complicated with the coronavirus quarantines.

The returning LPBW show also covers other aspects of quarantine with a “quarantine birthday party.” TLC didn’t release a trailer yet, but when it comes out, we’ll make sure to let you know about it. In the meantime, fans asked Matt Roloff on Instagram about this year’s pumpkin season. Matt came back with some rather sad news. He said, “Unfortunately there is a great chance we won’t be open for pumpkin season this year. We might have a very small lot open to just sell the pumpkins but the normal tours and family play area will most likely not be available to open this season. We are still evaluating all the options.”

People often ask.. what’s the latest projects (ummm toy) on Roloff Farm @rolofffarms … ?? Maybe a massive Air Gun? Shoots Apples and tennis balls only. With compressed air. Not nearly as dangerous as the Trebuchet was. Much safer. :)). But just as fun !!

The new season of Little People, Big World (LPBW) returns on September 29 only on TLC. So, make sure to tune in and catch up with more about cute little Jackson and the Roloff family.