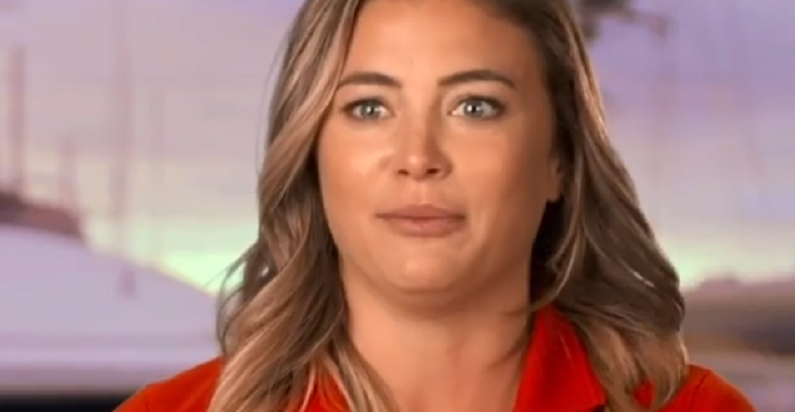 Below Deck Med fans aren’t happy with bosun Malia White. One viewer started an online petition to have her removed from the show. This move comes after Monday’s dramatic episode. Malia sent Captain Sandy Yawn a photo of the contents inside Hannah’s purse.

The photo showed CBD and a prescription for Valium. The chief stew even shared the photo with her followers on Twitter. She claims she has nothing to hide and she did nothing wrong. Hannah also said there wasn’t an issue with her prescription since her doctor prescribed the medication, and CBD is legal in Spain, where the superyacht was traveling.

Guys, Below Deck is really giving the Housewives a run for their money. #CommentsByCelebs #BelowDeckMed

As per Inquisitr, an online petition to have Malia White removed went viral. A Change.org petition requesting her termination has garnered over 5,600 signatures as of Thursday, August 13. There are several other petitions circulating with the same goal in mind. Below Deck Med fans don’t want her back on the series.

The reason for the petition is “breach of contract.” The creator claims that Malia spoiled future episodes. However, it’s unclear which social media posts, as the bosun deleted her recent Instagram posts. Many fans are upset with Malia’s lack of empathy for mental illness. In another Instagram post, she compared prescription medication to narcotics.

Below Deck Med witness Hannah suffer from a panic attack in the past. In one of the latest episodes, Malia referred to it as a “freak out.” Meanwhile, Hannah and third stew Jessica More have brought a more positive light to mental illness in recent weeks.

The bosun from Below Deck Med argues that she’s in the right. She consistently stated that medication must be disclosed to the captain. The aspiring captain continued to double down on her claims on Instagram. She even shared several photos of her contract with her followers.

The Bravo star even made an appearance on Behind the Velvet Rope with David Yontef long before the controversy aired. During the interview, Malia said that crew drug possession is something she automatically reports to the captain.

If you want to hate me- hate me, but know the FACTS. Here’s the policy straight from the contract. I never said you CANT have medications – you just have to follow proper procedures that are in place to protect ALL crew members. The Captain of the vessel has the right to know who might be taking what & when! They are operating a vessel at sea with everyone’s lives in their hands! You’ve already heard four crew members working on the same boat come forward about their struggles & need for medication- it is ESSENTIAL that as crew we are responsible in how we go about medicating. It’s a pretty straightforward policy set in place to protect us NOT to exclude anyone. As for illegal drugs- it doesn’t matter if they might be legal in whatever country we are in… we operate under the Flag State the boat is registered to which is zero tolerance. I apologize if I didn’t go about reporting or handling the situation to the best of my ability but it was also a HUGE learning curve for me. Please understand this is my career and I take the rules very seriously. If a crew member has an issue with their contract or the laws put into place to protect them- then they should address that before signing onboard. Also consider the sequence of events you witness on tv is the condensed version so the timeline might seem a bit dramatic! I’m not out to get anyone— I’m here to do my job. To all my crew- I’m happy everyone is sharing their stories and I hope this information helps you understand your contract as crew- you aren’t alone in your struggles which is precisely why we have these policies in place! ❤️⚓️ @bravotv @belowdeckbravo @captainsandrayawn #belowdeckmed #belowdeck #safetyfirst #responsibility

“If it’s either a crew or a guest the same rules apply,” she explained. “Guests in their briefing get like, ‘you’re absolutely not allowed to have any drugs on board.’ And that’s saying illegal drugs. But even more so for [the] crew.”

Cheers to a crew day off! 🥂There have been a lot of questions as to why crew can drink onboard or have crazy nights out… and rightfully so! Some of us can put down a lot! 😝 so here is a little clarity for those actually interested in how yachting & maritime law work! There is a big difference between being ‘at sea’ (meaning open water not tied to the dock) and being on the dock’ (literally tied to the dock). If an emergency happens at the dock it requires a lot less effort to get to safety (dry land)- we can just get off the boat. Versus if an emergency takes place out at sea- depending on what it is… we as crew have to be ready at ALL times to fight a fire, rescue a man overboard, deploy life rafts, launch rescue tenders, administer aid, etc. because we may be a long way from help and be each other’s only chance for survival. Meaning when we are at sea- everyone must be sober. You’ll also notice whenever going ‘underway’ on a passage crew are not allowed to drink 24 hours before departure (much like pilots & air crew). When in port- when we go out drinking the engineer & mate (not shown) are left onboard to hold sober watches. So if there was an emergency there are always sober people to assist us make our way off the boat safely! Fun Facts: There are massive boats that have so many crew they can have ‘on duty’ and ‘off duty’ crew and you can have some drinks when ‘off duty’. But There are some boats that are ‘dry’ and don’t allow drinking at any times! And many have curfews or limits. No one can be under the influence while on duty but regulations change depending on size, crew, captains preference, etc. It’s all for crew safety & safety of everyone at sea! ❤️⚓️ Hope this helps! #belowdeck #belowdeckmed

Malia also claimed that the same rules apply to alcohol. The reason why Malia received so much backlash is that she demanded that Hannah switch cabins with her. She wanted to room with her boyfriend, Tom Checketts, who is the new chef on the show. Fans accused Malia of retaliating against Hannah.

Below Deck Med airs Monday nights at 9 p.m. ET on Bravo. So, make sure you don’t miss the new episodes.