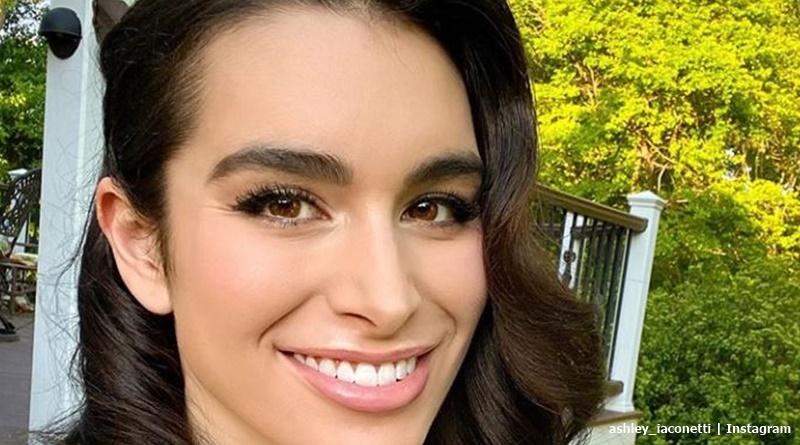 Bachelor in Paradise (BiP) stars Ashley Ianconetti and Jared Haibon celebrated their first anniversary this week. Of course, they shared their memories of that special day on social media. But something else emerged on Thursday night on Ashley’s Instagram. She shared unaired footage of Nick Viall rehearsing the final scene from When Harry Met Sally.

BIP Fans might recall that Ben Higgins and Maura Carmel did a When Harry Met Sally scene during the wedding. A few hours before Jared and Ashley headed down the aisle to tie the knot, Nick Viall and Ben Higgens acted out the final scene. US Weekly reminds readers that “Viall knew all the words by heart.” Nick Viall, Dean Unglert and Chris Strandburg stayed at a rented house with Higgins ahead of the nuptials. And, the clip that Ashey revealed shows Nick rehearsing with Ben Higgins before they all went to the church.

The Bachelor in  Paradise star told fans on Instagram, that she “didn’t know this footage of Nick Viall rehearsing” existed. She added, “the When Harry Met Sally monologue … must be shared.” And it certainly looked like fun to watch. Typically a guy thing, a lot of humor comes out in it. In the clip, Nick Viall runs by stuff by Ben Higgins who comes back with some funny responses. You can take a look at the two-and-a-half minute clip further down in this article.

Maura Carmel responds to the clip

In her caption, Ashley explained that she and Jared chose something “untraditional.” During the wedding, her “best friend Maura played Sally and Nick really got into the role of Harry.” Maura responded with, “@higgins.ben is actually so much better than I was he should’ve done it w @nickviall hahahaha!” Someone else commented, “Omg this is adorable. He was off book for the ceremony?! Impressive.”

Another Bachelor in Paradise fan suggested, “Someone needs to hire him for a RomCom or a Hallmark movie.” And, a fan agreed, writing, “Ok why hasn’t nick been hired for a romantic comedy yet?” Actually, these days Nick’s not really known for his amusing ways. Fans of the ABC show more often hear him slamming or criticizing his other cast members. The persona that BiP fans most often see seems rather serious most of the time.

I didn’t know this footage of Nick Viall rehearsing the When Harry Met Sally monologue he *performed* at our wedding ceremony existed until this week and now it must be shared. @nickviall is running his lines, shirtless, with @higgins.ben at the guys’ Airbnb hours before they got to the church. Jared and I were a little untraditional and we had quotes from meaningful films to us read during our wedding. My best friend @mauracarmel played Sally and Nick really got into the role of Harry. Enjoy!

Cast different when Chris Harrison’s not around

Recent incidents involved Nick slamming Hannah Brown and Madison Prewett. It’s interesting that Ashley Iaconetti released the unaired footage. Actually, fans see the way the cast interact between themselves and away from Chris Harrison. Notably, Chris never made it to the actual wedding last year.

What did you think of the clip showing Nick Viall and Ben Higgin rehearsing for the Bachelor in Paradise wedding? Sound off in the comments below.