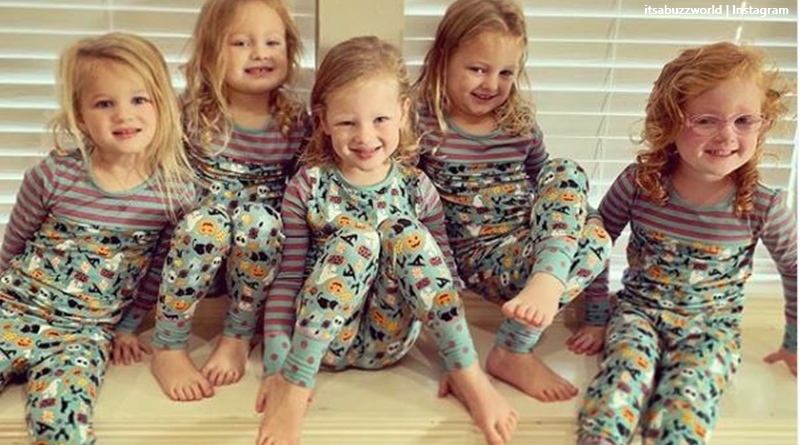 Adam Busby has responded to one of the most frequently asked questions by OutDaughtered fans as of late. And, it was not exactly the answer we were hoping for.

Fans of OutDaughtered have a lot of questions about the upcoming season.

Now, we know a new season of OutDaughtered is coming. But, we still have a lot of questions.

“Will we see some new episodes soon??” One Instagram follower asked in the comments of Adam Busby’s most recent Instagram post. The comment was nearly 70 times. Clearly a lot of fans agreed and wanted the answer to this question. Fortunately, Adam Busby decided to offer an answer. It, however, isn’t what fans were hoping for. In fact, many were pretty devastated by the answer.

“Nowhere close to having any dates yet.” Adam Busby penned in response.

While OutDaughtered fans appreciated the information. They were devastated. No one likes hearing it could be a while before we see new episodes.

The OutDaughtered dad did offer fans something to cheer them up.

Adam Busby, responding with the It’s a Buzz World Instagram account, left another comment just an hour ago. He informed his devastated followers they just uploaded a new video to their YouTube channel. He encouraged them to head over and check it out.

You can check out the video below.

So, does this info about new episodes and Season 8 of OutDaughtered make you sad? Does it make you happy that Adam and Danielle remain active on their social media profiles? We did learn production for the new season of OutDaughtered begun a few weeks ago. But, it doesn’t sound like we are going to see new episodes until sometime next year!

Stick with us at Tv Shows Ace for the latest OutDaughtered news.