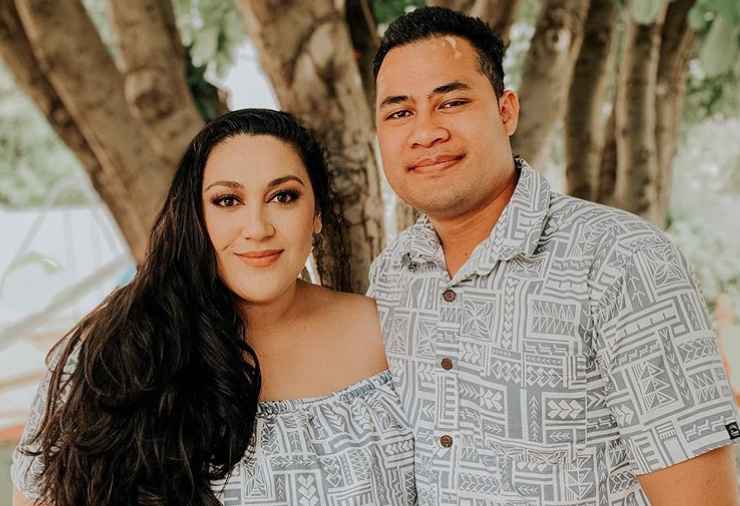 90 Day Fiance fans are aware of the financial difficulties suffered by Kalani Faagata and Asuelu Pulaa. Previously, Asuelu earned a part-time salary selling frozen treats at a health and wellness center. Since then, the TLC reality star has apparently landed his dream job as a Polynesian dancer. Even so, with two kids to raise does the pair have enough money to get by?  Fans want to know whether Kalani was employed prior to their stint on 90 Day Fiance: Happily Ever After?

Asuelu and Kalani often argue on the show over the lack of money. This was especially so on a recent visit to Asuelu’s family, where according to Kalani, he wanted to “buy” them with gifts. The family of four needs money to survive, but he went Shopping with a capital S, grabbing everything in sight. Asuelu even wants to give his mother $1,000.

Smiling because we have some EXCITING news to share!!! Stay tuned Southern Utah ☀️

Up until recently, Asuelu worked part-time handing out frozen treats at a health and wellness center. More recently, we heard he has a new job with Siva Pasefika, a Polynesian Entertainment company. He works there as a Polynesian dancer and instructor. TV Shows Ace contacted Siva Pasefika on Facebook to check if he was, in fact, working there. We found out he has been doing so for two years! Such is the timeline of a “reality” TV show!

What does Kalani do for a living?

Judging by Kalani’s Instagram account, she isn’t working right now. Mothers, of course, will understand that looking after two little boys is hard work, but the pay is bad! However, Kalani did open up on Instagram to say she worked for a group home for teen moms. Sharing an image, she writes that she will always be thankful for her time there. Kalani is also thankful for the “extraordinary people I met, both staff and residents.” She still loves them all.

I always get asked about where I worked before 90DF. I was blessed to work with some of these gals at a group home for teen moms. I’ll always be thankful for my time there and for the extraordinary people I met, both staff and residents. Thank you for the memories and friendships—to those pictured and not—I love y’all! 🥰❤️🎥

Kalani’s fans are thrilled to learn about her former work, saying it is so “inspiring.” One wrote that she was a teen mom and she never had anything like that in her area. Obviously a center like this is ideal for a struggling young mom.

However, Kalani clearly doesn’t have a current job. However, it would be hard trying to bring up Oliver and Kennedy while filming for 90 Day Fiance: Happily Ever After? It is likely she is taking a break from the working world for now. At least the pair do get paid by TLC for their appearances.

On top of this, both Asuelu and Kalani are earning cash doing Cameo videos for fans. Kalani charges $40 per video, while Asuelu charges $60. According to a report by Screen Rant¸ Kalani’s father, Low Faagate also helps out his daughter and her family financially.

Keep up with the family’s story on 90 Day Fiancé: Happily Ever After? on Sundays at 8 pm EST on TLC.