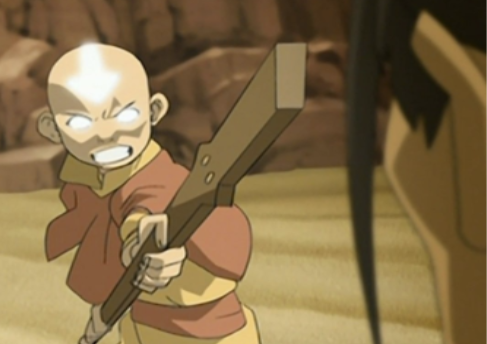 If there is one fandom that’s been on a rollercoaster ride this year, it’s the one belonging to Avatar: The Last Airbender. Fans were over the moon when the show’s creators announced the series was heading to Netflix back in the spring. The show stayed in Netflix’s Top 10 for 61 consecutive days, beating Ozark‘s record at 57 days. More great news followed. In July, we learned Avatar‘s sequel series, The Legend of Korra, would be available to stream on Netflix on August 14. Fans couldn’t have been happier.

However, on Wednesday, we learned DiMartino and Konietzko left the project. Michael Dante DiMartino addressed the fandom on his blog.

“Many of you have been asking me for updates about the Avatar live-action Netflix series. I can finally tell you that I am no longer involved with the project. In June of this year, after two years of development work, Bryan Konietzko and I made the difficult decision to leave the production,” DiMartino wrote.

According to DiMartino, the split was due to creative differences with Netflix. Both he and Konietzko addressed the situation on social media.

“And who knows? Netflix’s live-action adaptation of Avatar has the potential to be good. It might turn out to be a show many of you end up enjoying. But what I can be certain about is that whatever version ends up on-screen, it will not be what Bryan and I had envisioned or intended to make,” DiMartino continued on his blog.

Koneitzko released a similar statement on his Instagram page:

Well, friends… there you have it. Big sigh. 💔⬇️💔 I’m sure many of you will understandably want to know more and will ask me questions in the comments, here and on subsequent posts and live-streams and in-person encounters and everywhere else ad infinitum. I wish I could explain things in greater detail, but the above statement is really all I can say about the matter so I won’t be answering any of those. I encourage you to head over to my partner Michael DiMartino’s account to get his take on our departure too: @mike_dante_d Thank you from the bottom of my heart to all of the Avatar: The Last Airbender fans, and I’m sorry our involvement in the live-action project did not work out. Time to get on with my life. Onward and upward. 💙 Love, Bryan #avatarthelastairbender #cocreators #michaeldimatino #bryankonietzko #bryke #atla #liveactionseries #netflix

“We have complete respect and admiration for Michael and Bryan and the story that they created in the Avatar animated series,” a Netflix spokesperson told The Verge. They continued, “Although they have chosen to depart the live action project, we are confident in the creative team and their adaptation.”

Ask any Avatar fan what they thought of the M. Night Shyamalan’s live-action film and they will probably cringe. The film received eight nominations at the Golden Raspberry Awards. It won four of them, including “Worst Picture of the Year.”

The nations within the Avatar universe are based on Asian cultures and traditions. The 2010 film cast white actors to portray the characters. This decision greatly upset fans. DiMartino and Konietzko wanted to tell the story the correct way.

“We’re thrilled for the opportunity to helm this live-action adaptation of Avatar: The Last Airbender,” the pair said in a statement back in 2018 after the project was greenlit. “We can’t wait to realize Aang’s world as cinematically as we always imagined it to be, and with a culturally appropriate, non-whitewashed cast. … Netflix is wholly dedicated to manifesting our vision for this retelling, and we’re incredibly grateful to be partnering with them.”

Fans also complained that the 2010 film barely resembled the original series at all. It was refreshing to know DiMartino and Konietzko would be part of the Netflix version. If you’ve never seen either the cartoon or the 2010 film, just look at the ratings. The Avatar: The Last Airbender animated series has a 100% on Rotten Tomatoes. The 2010 film has just 5%.

However, without DiMartino and Konietzko on board, fans think the Netflix version will end up just like M. Night Shyamalan’s nightmare.

In addition to Netflix, the original Avatar series is also available to stream on CBS All Access alongside other classic Nickelodeon shows such as SpongeBob SquarePants and Rugrats.

Will you be watching the new Avatar adaptation? Let us know in the comments.

Hallmark’s ‘Don’t Go Breaking My Heart’ Stars Ryan Paevey, Italia Ricci
‘When Calls The Heart’ Season 8, Episode 3 Preview ‘From The Ashes’
Jon Gosselin Pleads With Kids To Come Visit Him
Carlin & Whitney Bates Talk Number Of Kids They Want
‘Marrying Millions’: Bill and Bri Talk Babies, He Is Sure He is Fertile