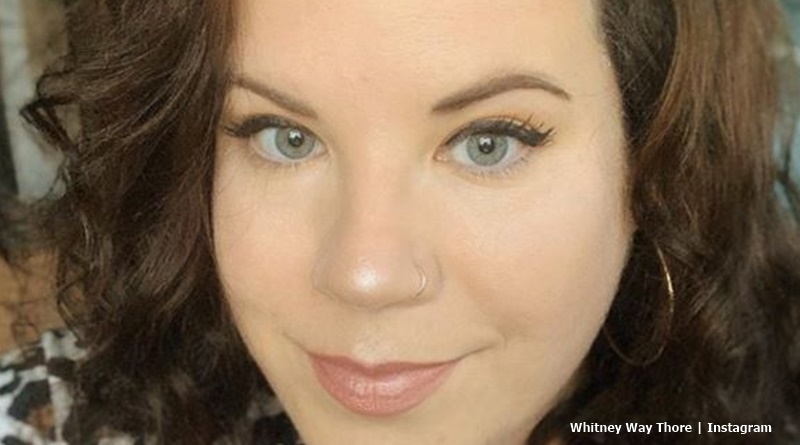 Whitney Way Thore broke up with Chase Severino after he told her he expects a baby with another woman. Buddy went and stayed with her after she suffered a panic attack. So, fans wonder if they might start dating. On Tuesday, August 11, Whitney got very candid and answered some questions about Buddy, other guys, and even shagging preferences.

We reported that after Chase revealed another woman expected his baby, Whitney suffered a panic attack. In fact, she ended up at the hospital. Stuck for transport home, she called her friend Buddy. He stepped up, collected her, and took her home. Furthermore, he continued to stay with her throughout quarantine. Naturally, fans of My Big Fat Fabulous Life, wonder if they took their friendship to the next level.

We also reported that many critics felt that TLC manufactured the entire storyline about Chase Severino and their engagement. Over on Twitter, many people wondered if the news about the baby spoiled a new season’s storyline. Some fans believed that because they saw Buddy and Whitney get a little bit handsy in the previous season, that they could always focus on Buddy and Whitney dating. In fact, they suggested on Reddit, a storyline like that could lead to content for at least two more seasons of the show.

On Tuesday, August 11, Whitney did a Q&A on Instagram stories. Among the many questions that came along, someone asked her if she and Buddy started dating. That clip revealed Buddy sitting next to her on the sofa. He replied first, saying they “don’t belong together.” Whitney joked about the main reason why they’ll never date. She said that for a start, he “reads very slowly.” Plus, he can’t cope with the subtitles in-text dubbed movies. While she joked, it seemed like a pretty definite “no” to them sharing an intimate life together.

And it turns out in other questions she answered, that Whitney Way Thore’s not afraid to look around for a little bit of comfort between the sheets. In fact, she said that if she were to “shag” anyone, she’d probably look at Todd. Actually that’s not a surprising reveal. Fans already suspected the partnership is more than just about dancing and exercise.

Something else that came out which fans don’t see on the show, is that Whitney claims she dated a lot of black guys in the past. However, she claimed the reason we never saw any of them on the TLC show is that they never got “serious enough” for her to consider them a permanent part of her life.

Interestingly, Whitney also revealed that she doesn’t necessarily look for a man. In one card the My Big Fat Fabulous Life star noted that she basically identifies as being “straight.” But she would also describe yourself as “heteroflexible.” Whitney said, “If I met a woman and fell in love or just wanted to sleep with I would not question it.” 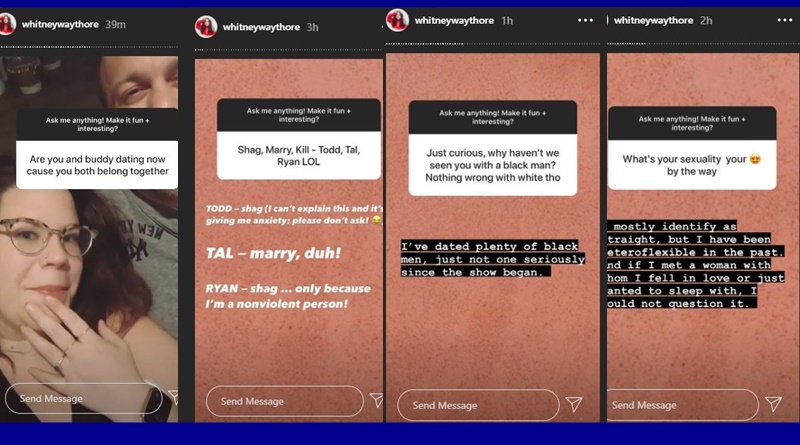 What do you think about Whitney Way Thore and Buddy not dating? And, are you surprised by all the details about her dating life? Sound off in the comments below.