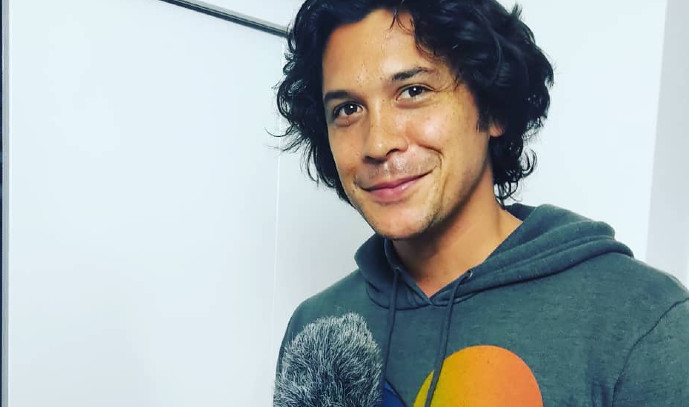 Fanatics of the CW cult hit The 100 haven’t seen Bellamy Blake (Bob Morley) since JUNE. The show took a three-week hiatus but is back with new episodes. The countdown is on for the handful of remaining episodes in the show’s final season. Fans hope that the network picks up the New Dawn prequel.

Viewers got a glimpse of what the spin-off would look like with an episode earlier this season titled “Anaconda.”

Bellamy Missing From Episodes 6 Through 11

It was back in Episode 5 of Season 7 that viewers last saw Bellamy. The episode aired in June. After fighting his way to planet Bardo, a guard detonated a grenade, seemingly killing himself and Bellamy. The other characters on Bardo certainly believe Bellamy is dead. Clarke (Eliza Taylor,) Octavia (Marie Avgeropoulos) and Echo (Tasya Teles) believe that Bellamy is dead.

However, since Bellamy is a huge main character of The 100, fans were skeptical. Many theories sprouted up. The most popular being that Bellamy was blasted to another planet by the Anomaly Stone. In fact, some fans wonder if Bellamy is somehow connected to another missing character – Gaia (Tati Gabrielle.)

Fans speculate that maybe it was Bellamy who knocked Gaia out and took her through the Anomaly Stone. Perhaps the new episode airing Wednesday, August 12, will answer questions about Gaia’s disappearance.

The promo reveals the answer to the question whether Bellamy is dead or alive, per TV Guide.

The CW dropped a pretty spoiler-heavy promo ahead of the latest episode. The trailer leaves no doubt of whether Bellamy survived the explosion on planet Bardo. The August 12 episode’s title is “Etherea.” Apparently, that’s the name of yet another planet in The 100 universe.

In anticipation of the episode, the CW’s official social media accounts shared a photo of a bearded Bellamy in a clearly cold, snowy place. In the caption, the show teases that fans will learn of Bellamy’s life-changing “journey” in tonight’s episode.

His journey will change him forever. A new episode airs tonight at 8/7c. Stream tomorrow free only on The CW. #The100

Viewers may not be entirely surprised that Bellamy is alive. However, the show is notorious for killing off main characters. In fact, just last week, fans saw Diyoza (Ivana Milicevic) sacrifice her own life to save Hope (Shelby Flannery.)

Fans of The 100 know that characters can meet their demise at any time. Viewers can expect a few more heart-wrenching deaths before the series wraps up in September. CW has yet to announce an official air date for the season finale. Nor has the network revealed the fate of the potential spin-off prequel.

Tell us in the comments which The 100 character(s) you think will be the next to die. Be sure to watch the latest episode on Wednesday, August 12, also available on the CW app the next day.