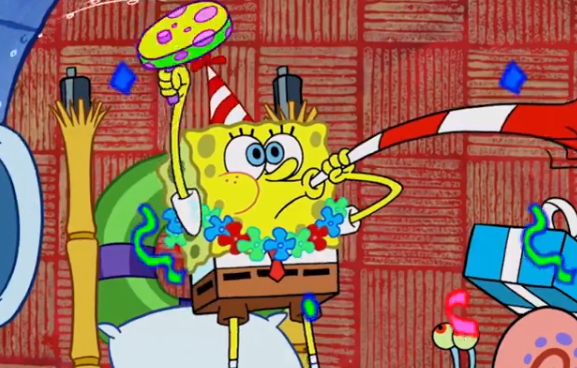 The long-running children’s show SpongeBob SquarePants is getting a spinoff series — or two. Nickelodeon originally planned to release Kamp Koral on its channel last month, but plans changed. Instead, it will stream on CBS All Access sometime in 2021. Other favorite Nickelodeon shows such as Avatar: The Last Airbender, Rugrats, and the original SpongeBob Squarepants series will be available too.

ViacomCBS released an official description regarding the new series. According to the network, Kamp Koral is a prequel series that follows 10-year-old SpongeBob and friends at camp.

“They spend their time building underwater campfires, catching wild jellyfish and swimming in Lake Yuckymuck at the craziest camp in the kelp forest, Kamp Koral,” says the network.

In 2019, executives greenlit the project and ordered 13 episodes. If it takes off, it could certainly last as long as its predecessor. The original SpongeBob SquarePants series premiered in 1999 and still airs new episodes. YouTube star David Dobrik brought the cast together for a virtual reading for some much-needed summer entertainment.

Until then, you can check out the SpongeBob SquarePants Instagram page for some fun antics. The cast recently virtually recorded themselves singing the “F.U.N. Song.”

According to the show’s Wikipedia page, we can expect to see younger versions of all our favorite characters when Kamp Koral premiers. Voice actors Tom Kenny and Bill Fagerbakke will reprise their roles as SpongeBob SquarePants and Patrick Star, respectively.

Will We See Another SpongeBob Spinoff?

However, Kamp Koral isn’t the only SpongeBob spinoff in the works.

Deadline also recently reported Patrick Star is getting his own show too. According to the publication, Nickelodeon is hammering out the final details to greenlight The Patrick Star Show. Deadline reports that this show will be a combination of “The Larry Sanders Show and Comedy Bang! Bang!, with Patrick (Fagerbakke) hosting his own late-night talk show.”

No matter what you think of the animated series, that definitely sounds like fun.

The SpongeBob SquarePants universe garnered lots of attention since it aired back in 1999. Since its debut, it’s spawned three feature-length films and even a Broadway musical based on the series. Over its 21-year history, the show has been nominated for so many awards, Wikipedia creators made an entirely separate page just to list them all.

Creator Stephen Hillenburg tragically passed away in 2018 after struggling with ALS. However, his spirit lives on in his work and in the hearts of fans everywhere who came to know and love the SpongeBob SquarePants series.

What do you think of these spinoffs? Will you or your children tune in? Let us know what you think in the comments. As always, make sure to follow TV Shows Ace on social media. We have all the latest entertainment news and updates. Stay tuned for more!

‘Below Deck Sailing Yacht’: Did Alli & Dani Do More Than Kiss?
Did Loren Brovarnik Already Have Her Second Baby?
Becca Kufrin Comments On Ex-Boyfriend’s Engagement
Tammy Slaton Spills Season 3 Tea: Is She In A Living Facility?
What Is ‘Deadliest Catch’ Alum Jake Harris Doing Now?