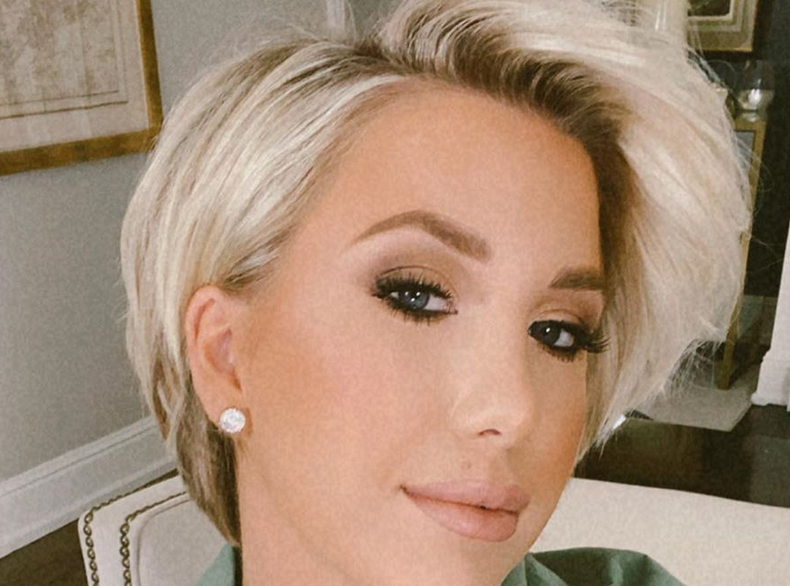 A Savannah Chrisley fan saw that Nic Kerdiles shared a sweet message to her on her birthday. She also shared about her August 11 birthday on her Instagram. But, the photo that she put up on Facebook caught the attention of a critic as she posted a photo of herself topless. Other fans of Chrisley Knows Best slammed the critic.

We reported last month, that’s Savannah and Chase grew up under a lot of public scrutiny. Speaking with People, she noted that a lot of pressure comes with being a reality TV star. Mostly, it revolves around the perception that all reality stars should become role models and seem beyond reproach. Nevertheless, it seems that no matter how hard they try, trolls and critics pitch up on almost every social media post that they make.

This year, her birthday photos on Instagram seemingly avoided anything that trolls could point at. Actually, The Blast reported that those photos revealed her all swaddled up in baby burrito blankets. But on Facebook, where she shared about coping with 2020, coronavirus and depression, she accompanied her post with a topless photo. Many fans felt that it perfectly fitted with the way Savannah Chrisley bared her soul.

Savannah captioned her post and said that she reflects on the last year and finds herself “encouraged and excited for the future.” Then, she admitted that this year stripped her “down to nothing.”  She said that she feels “N-ked” in every [sense] of the word. Nevertheless, it seems that the total breakdown also gave her an opportunity to start all over again. The Chrisley Knows Best star added, she believes that 2020 helped her find the real “me.”

Savannah Chrisley believes that God “works in” and “through” her. She went on, stating she holds a lot of “hope for the rest of 2020.” Savannah believes that God only gives people what they can bear. She noted that she feels very proud of “the woman” that she became as she learned to sit through the “painful times.” That leaves her “better prepared for the next storm.” Next, Savannah talked about finding” strength in Christ, hope, and happiness.

Critic gets critical over topless photo, fans slam them back

One critic wrote, “omg your dad must be having a fit you’re beautiful, didn’t need to express this way(sic).” Well, plenty of fans disagreed with that. One of them noted that “it’s a classy and beautiful picture” revealing “nothing inappropriate.” Another fan commented, “don’t judge her. She’s a grown woman and not showing anything more than a sleeveless dress.”

Flummoxed, one follower said,” I don’t understand what’s wrong with this photo. It’s beautiful.” They also noted a lack of “distaste” about it and pointed to the message that explains her “not wearing clothing.” Finally, they said she’s “not exposing herself in a raunchy way.”

In addition to posting the photo on Facebook, she shared it on Instagram. There, most of the comments are positive.

Do you agree that Savannah Chrisley bared very little, apart from a neck and shoulder? Sound off in the comments below.