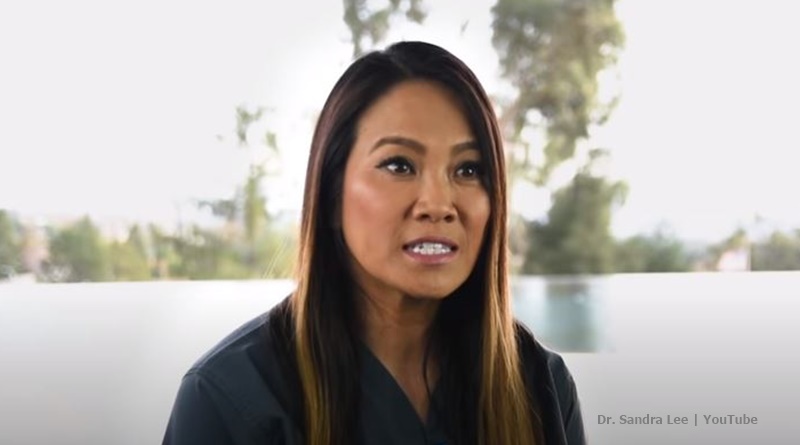 Dr. Pimple Popper: Before the Pop arrives on TLC in September. The special quarantine show probably won’t show too much of the gross cheesy stuff coming out. But, fans will see patients prodding, poking and self-examining their unfortunate lumps and bumps. The show reveals various people who hope for the help of Dr. Sandra Lee. So, she conducts telemedicine live sessions and guides the patients who reveal some pretty distressing issues that got neglected during COVID-19.

The fascination for things that squeeze out really awful-looking things never wears thin for Dr. Lee’s fans. Maybe, because it could happen to almost anyone at any time. We reported that on social media, one of the favorite scenes this year came back in April. Dr. Lee’s not left her thirsty-for-more-gross-things fans unattended during the coronavirus. In fact, she kept them entertained on her Instagram. Back in April, fans seemed rather more grossed out at usual, describing it as giving “a whole new meaning to head cheese.”

Soon, Dr. Pimple Popper fans see the real deal show on TLC. albeit with a twist. TLC announced that the new show focuses on the quarantine period. Apparently, fans get to see some of the worse skin conditions ever. And, plenty of them got even worse during the quarantine. Unattended pimples, growths, and other yucky things got even worse as people stayed home. They still can’t visit the doctor in person, so it’s all conducted over recorded live telemedicine consultations.

How would you react if someone told you, you were having TWINS?! 👯‍♀️ Well this BRAND NEW pilar cyst is a proud twin & there’s a lot more to this video! Check out my story for the full video! #drpimplepopper

Folks love the bits where DR. Lee pinches and rolls and squeezes her patients. But, they won’t see that this time. The remote consultations don’t allow for that. But, fans get a good look at the patients doing it all themselves. While the doctor gives instructions, they carefully do exactly what she says. And, you better believe they do a thorough job of it. If they botch it, then when surgery resumes, they may not get a place on the show.

It sounds like competition to become a Dr. Pimple Popper patient runs high. Depending on the telemedicine consultation, they either get taken on or not. Probably, in the next person-to-person season, fans might see those lucky selected people undergo their surgeries. Actually, despite the many setbacks with coronavirus, TLC stepped up and delivered many remote-filmed shows. Grateful fans love that the network never left them stranded during the lockdown. Everyone wants new entertainment. So, potentially, as many fans as ever tune in and watch the quarantine episodes.

No trailer was released yet, but as soon as they do, we’ll let our readers know where to watch it. The show airs the premiere on September 3, 2020. Thereafter, expect a new episode on Thursday nights at 10 pm ET/PT.

Duggar Fans Beg Jeremy Vuolo To Keep Jinger Away From Arkansas
‘You, Me & My Ex’ Coming To TLC: Here’s What We Know So Far
True Reason Behind Amy & Matt Roloff’s Divorce: When & Why
Joy-Anna Forsyth Under Fire For ‘Reckless’ Mistake [Video]
‘Below Deck Sailing Yacht’ Alli Dore Wants To Work With Kate Chastain