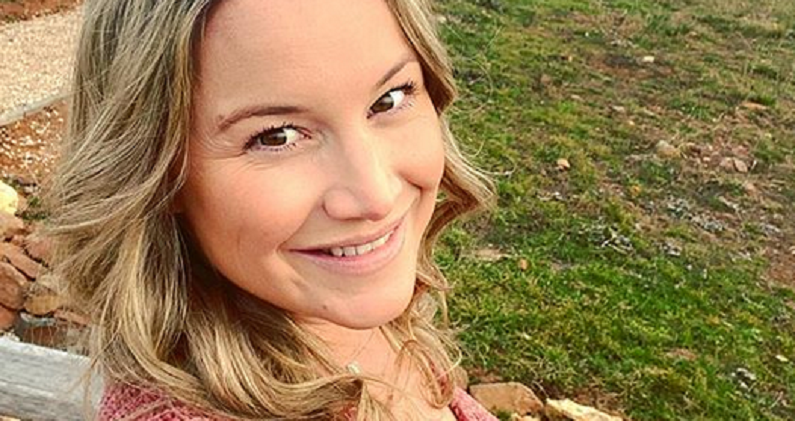 Below Deck Med star Hannah Ferrier revealed that Christine “Bugsy” Drake had nothing to do with the Valium controversy. On Monday night’s episode, bosun Malia White sent Captain Sandy Yawn a photo of Hannah’s prescription for Valium. Viewers fear that she’s the next to get fired.

Malia has caught most of the heat on social media. But viewers have been dragging Bugsy into the mix as well. They believe they both conspired against Hannah to get her fired. Rumors swirled that Hannah gets fired from the show and they think she gets fired for having Valium on board.

As Below Deck Med viewers know, Hannah Ferrier and Bugsy Drake have a complicated relationship. But that doesn’t mean that Hannah wants the fans to bully the second stew. She took to Twitter to clear the air.

“Hey guys — thanks so much for all your kind words and support,” Hannah tweeted. “I feel like Bugs has been pulled into this situation so I want to make something clear. I don’t believe Bugs had anything to do with the photo being sent to sandy or the subsequent consequences.”

#mentalhealth is alive and real. I took my previous post down regarding MY actual story. I GOT SUPER BRAVE for a minute sharing my personal experience… and then the criticism came flying in regarding what was seen of me on a TV show. So here it is plain and simple I’m a massive advocate for mental health, no matter what you see or don’t see on a 45min tv show I have personal experience. So try your best to be kind ❤️ peace and love to all and stay safe in these uncertain times!

One fan reminded Hannah that Bugsy didn’t always support her. “I know,” she explained. “But those are 2 different things and there’s obvs a lot of hate coming about the photo etc so I don’t want Bugs dragged into that hate as that’s not fair.”

Even Bugsy had to defend herself on Twitter. One fan accused her of having to do something with the Valium photo. She previously shared her own struggles with mental health. However, she got backlash and had to take it down. Hannah must have noticed some of the hate going in Bugsy’s direction.

Bugsy Drake wants viewers to know that she’s a huge advocate for mental health. But Below Deck Med watchers don’t see it that way. They think she’s against Hannah and will do anything to spite her. In addition, her and Malia’s appearance on Watch What Happens Live was not a good look. Both ladies laughed as they discussed the Valium photo and Hannah’s mental health.

However, in her latest Instagram post, Bugsy claims to be an advocate of mental health. She also wants viewers to spread more love than hate.

I’ve done a lot of thinking and self reflection after last nights episode. All this ugly banter and these nasty words towards one another needs to STOP 🛑 Yes I admit I am also at fault for snapping back at comments but we need to stop tearing each other down over social media! Let’s spread more love and good vibes ❤️Let’s Collectively come together and change the world for the better!! ✨Obviously We are not all going to agree on everything. Mental health is HUGE but we can only improve on it when we join forces to combat the situation. We NEED more LOVE and POSITIVE vibes in this world! ✨💕 especially now during these uncertain times! Sending out good vibrations! I thank you for all your support, I see all of you, I hear you, I read your messages and kind words and am forever grateful! ✨✨✨✨ #belowdeckmed

“I’ve done a lot of thinking and self reflection after last nights episode [sic],” Bugsy wrote in her post. “All this ugly banter and these nasty words towards one another needs to STOP.”

The stew admits that she isn’t perfect either. However, she feels that people can “collectively come together” and “change the world for the better.” Bugsy said the stigma on mental health can change if people are willing to come together.

What are your thoughts on Hannah defending Bugsy? Sound off below in the comments section.