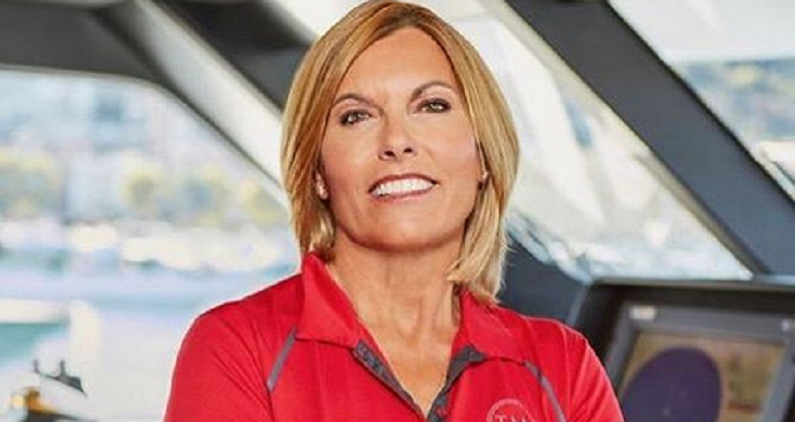 Below Deck Med stars Captain Sandy Yawn and Chef Kiko still can’t agree on their situation. Both shared their side of the story. As TV Shows Ace previously reported, Sandy held an Instagram Live chat. She wanted to clear the air with her followers about the season thus far.

During the chat, she claimed she did help chef Hindrigo “Kiko” Lorran. But he says that she put more doubt in his head. This led to a lack of confidence, which impacted his performance on the boat. Kiko became a fan favorite for his positive attitude and humbleness towards his craft.

See what both reality stars had to say about the experience.

Sandy says Below Deck Med viewers didn’t see the support she offered Kiko. Bravo watchers slammed Sandy for micromanaging the Brazilian chef. She criticized his dishes and asked the charter guests about their meals. In her Instagram Live, she expressed her disappointment in producers only showing her questioning Kiko in the galley and not supporting him. She also thinks that Kiko did a great job despite what happened.

“The chef this season did his best,” Captain Sandy said. “He worked really hard. And I was shoulder to shoulder with him, encouraging him, washing his dishes, just like I did with every other chef on every other show. This season, that footage was cut. And you did not see any of that.”

Hi everyone! I understand some of you are spitfire mad 😡 at me. I’m giving you the opportunity to jump on Facebook & Instagram live to share your feelings. In today’s world hate can be a cancer and it’s never my intention to hurt anyone on this planet. I know it’s hard to understand why things go down like they do and sometimes the person in charge can make some mistakes. That’s right we are all human beings trying to get it right everyday we wake up, dress up and show up to a very stressful job. Somedays are better than others. I’m open to all you criticism and concerns. This is your opportunity to have your say in person to me. #belowdeckmediterranean #belowdeckmed #belowdecksailing #belowdeck #bravotv #captainsandy #lifeisgood #leadership #mauijim #superyachts #taylorswift

Sandy also regrets that moment in the galley when she fired him. She feels that Kiko did his best with the support she gave him. But then she reminded her followers that Kiko needed more experience before working on the superyacht.

Below Deck Med chef feels that Sandy left him doubtful

Chef Kiko had a different story to tell. He made an appearance on Below Deck Med star Anastasia Surmava’s podcast “Spill the Rose.” During the interview, Kiko said he lost his confidence shortly after the vegan charters left the boat.

“She came to the galley when the vegans left,” Kiko explained. “And she was like, ‘Kiko, we need to talk. We’re coming from here and we’re going there.’ So I thought she would come to speak about a solution or like put me up.”

Kiko already felt pressure with the cameras on him. He started to doubt his culinary skills. He says “that exact moment, f***ed my mind.” Despite what happened, Kiko said that Sandy was supportive otherwise.

“Besides that, she was positive,” he explained. “Like, ‘Try Kiko, you are good, you can do it.’ I don’t know, maybe I would succeed on the whole season. But that’s my opinion. I don’t have anything against her.’ It’s just a job.”

However, he doesn’t think Sandy should have fired him. If he was the captain of the boat, he wouldn’t fire himself.