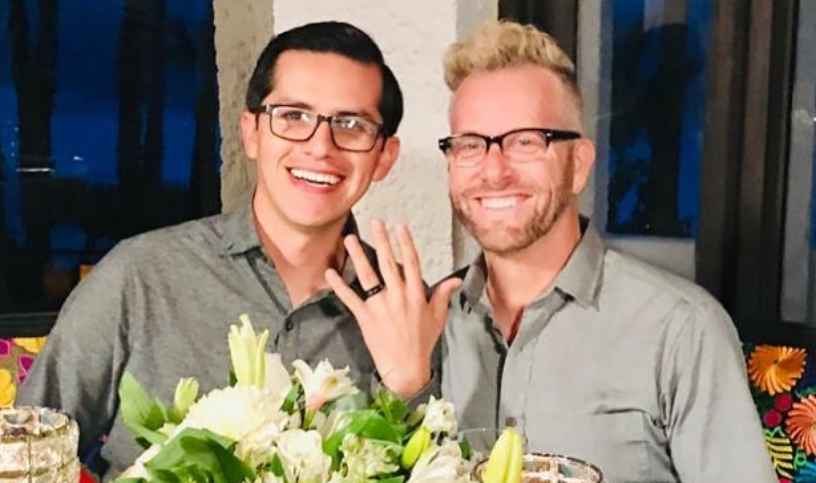 Kenneth Niedermeier, 58, of 90 Day Fiance: The Other Way proposed to his love, Armando Rubio, 31, on the latest episode of the TLC reality show. Looking at the pair, it is hard to believe there is such an age difference between them. Fans noted how radiant Kenneth looked while proposing to his Mexican love. They want to know what skincare secrets Kenneth may have to share.

It was an amazingly romantic scene when Kenneth proposed to Armando on Monday’s episode of 90 Day Fiance: The Other Way. Kenneth and Armando have been through so much, but are fighting all the odds. The odds include the difference in their ages, different races and the distance between them. After dating for three years, Kenneth has finally moved from St. Petersburg, Florida, to be with Armando in Mexico. It is clear to fans that Niedermeier made the right decision in his life!

Kenneth and Armando met in an online group for single dads. Armando had a tragic experience with his ex-wife and has a four-year-old daughter, Hannah. Meanwhile, Kenneth has three adult children and a grandchild. Kenneth has been openly gay for years, while Armando was struggling to open up to his conservative Mexican family. Kenneth helped him to open up and now they are engaged.

Fans want to know how Kenneth does it

Fans were thrilled to watch the pair openly showing love for each other and getting engaged. This is the first-ever gay male couple on the TLC reality show and Kenneth and Armando have won many hearts.

As noted by Screen Rant, fans are curious as to how Kenneth stays looking so young. Does he have a fountain of youth or can he share secrets to his youthful appearance and fit physique? Some wonder if Niedermeier is aging in reverse, like Brad Pitt in the Curious Case of Benjamin Button. Now they all want to know his skincare routine.

58 is great! (Not my bday, was in June) Make everyday count, live your life, take chances. (And love your dog!) #ageisjustanumber #90dayfiance #90dayfiancetheotherway

Kenneth posted a caricature of himself as a funny birthday post to a 90 Day Fiance castmate, Tim Malcolm. In the image,he could be seen gifting his pal “face freeze serum, collagen supplements, holy water eye patches, anti-wrinkle cream, and laser lift serum.”  Kenneth was clearly having fun, due to some accusations that he used Botox. He signed off the post with the hashtag, #sellsoultothedevil, to prove it.

On a more serious note, Niedermeier held an Instagram Q&A last week where he opened up about his skincare routine. In a comment on a Reddit post, Kenneth claimed he has never used Botox. However, he does follow a strict morning and evening skincare routine. It turns out there was a bit of truth in his birthday post for Tim, as he does take collagen supplements.

Armando is thrilled by the surprise proposal

On Armando’s part, he posted an image on Instagram taken behind the scenes of Monday’s episode. It shows the smiling pair, clearly showing the ring and captioned by Armando: “I said yes.”

90 Day Fiance fans were obviously over the moon over the newly engaged couple, with hundreds of congratulatory comments.

Let’s wish Kenneth and Armando all the best for their future life together, while keeping up with their story on 90 Day Fiance: The Other Way on Mondays at 9 pm EST on TLC.