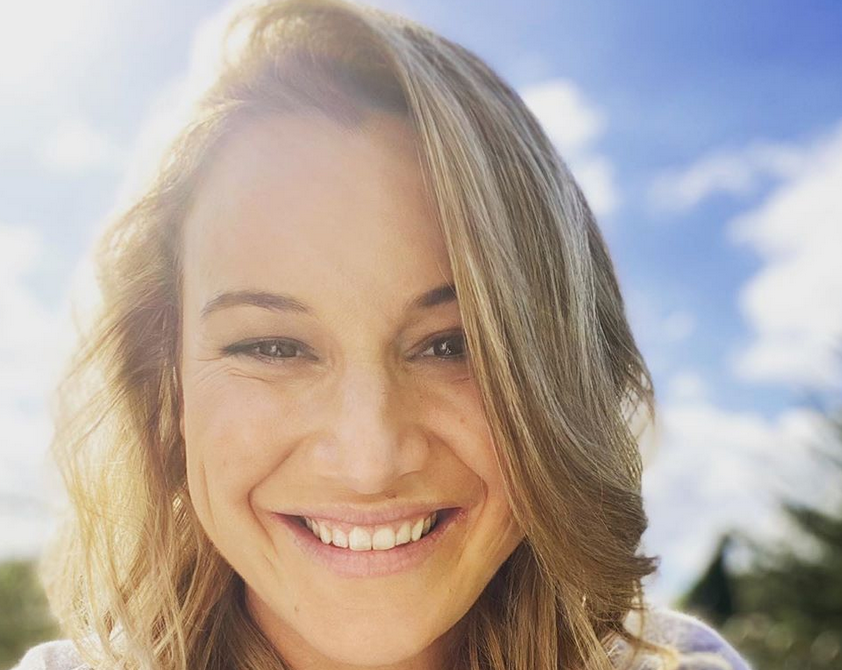 Below Deck Mediterranean star Hannah Ferrier will be a mom very soon. As of right now, she’s feeling “peaceful.” The Bravo star and her boyfriend recently went on a little babymoon in preparation for the baby’s arrival.

Hannah’s due on October 27. While counting down the days to her baby’s arrival, she found out her baby’s gender. So, is she having a boy or a girl?

In a new Instagram post, Hannah throws pink rose petals at the camera. In the clip, she’s wearing a black dress, which hugs her baby bump. The soon-to-be mom writes, “It’s a…GIRL,” in her caption. Based on her face in the video, it looks like she’s very excited. Of course, Below Deck fans are excited for her too.

Sweet comments from her fans are pouring in. Some are looking forward to the matching outfits that Hannah and the baby will wear. Others are talking about how much Hannah will spoil the baby.

Hannah supposedly has a name picked out for her baby girl, but it’s likely she’ll keep it a secret until the baby arrives.

Hannah Ferrier is getting ready for baby’s arrival

On Instagram Live, the Below Deck Med star showed her followers the baby’s closet. She gushes over the baby girl clothing she’s bought, saying, “It’s so hard not to shop for a little girl. Their clothing is so cute. Girl’s clothes are the cutest. I’m so obsessed at the moment.”

The Below Deck Med star opens up about smoking

Prior to getting pregnant with her daughter, Hannah was smoking cigarettes. She has tried quitting before. But, when she quit smoking because of her daughter, it was much easier. Hannah explains, “It was hard other times, but as soon as I found out that I was pregnant, it was very, very easy.”

Then, Hannah goes on to talk about how healthy her daughter is and will be as she gets older. She doesn’t want her to get involved in smoking, drinking, or drugs. She adds, “She’s going to be the best little girl in the entire world.”

So, did you guess that Hannah’s having a baby girl? Are you excited for her? Let us know your thoughts in the comments below.