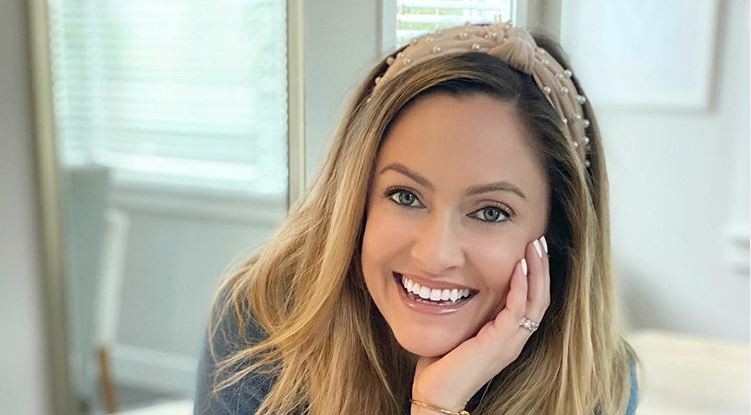 New details emerged that many didn’t know regarding Molly Mesnick. She was asked to fill the role of The Bachelorette when Jason Mesnick broke her heart. He proposed to Melissa Rycroft over her. And, Molly reportedly accepted the gig. That is until fate led her where she really needed to be.

Molly was set to be The Bachelorette

If anyone missed the show last night featuring some iconic Bachelor stars, People has the scoop. When Chris Harrison chatted with Jason and Molly at the end of last night’s show, it was revealed Molly was asked to be The Bachelorette. And, she had accepted.

However, when Molly appeared on After the Final Rose, she revealed she still had feelings for Jason. At that point she didn’t know he had just ended his engagement with Melissa on live television. When Jason and Molly were reunited on stage, he asked her for a second chance. Clearly in shock, Molly agreed that she had still had feelings and would give it a go.

With Molly getting back together with Jason, this left the role of The Bachelorette empty. Jillian Harris took the leading role. She had finished third on Jason’s season.

Father’s Day golf outing with the crew! I didn’t think it would be so kind to beat @jasonmesnick on HIS day…so I tied him 😉 This family of mine has had THE best day together! 💙 . And…we have a new quarantine family member…Ty’s ponytail 😂

She recalls what went down

Molly said, “It was probably a week after I had gotten back from New Zealand that I got the phone call and they’re like, ‘We need you to be the Bachelorette’ and I’m like, ‘I still am like crying, sad, upset.’ But when I took a flight out for After the Final Rose, I thought I was coming out there to film that real quick and then stay and do some like Bachelorette stuff. But boy did that change.”

She said it was easy to let go of the idea of being The Bachelorette. She loved Jason, bottom line.

Molly went on to say, “Me agreeing to be the Bachelorette, it was a really big deal. I was hesitant, I didn’t think I was right for it, so it was easy to let that go. And for us to be able to be on our own, away from the show, take our time, date as a normal couple — we dated long distance for 10 months before I moved out to Seattle — it was perfect. It allowed us to just be regular.”

Molly has the best attitude

Molly admitted it wasn’t hard to let Jason back in.  She said, “We were on The Bachelor. There are 25 girls and I understand that maybe it could have been a little confusing. And so it wasn’t something that wore on me all the time that was like, ‘Oh my gosh, why did he choose her and not me?’ The minute we started kind of dating again, I put that in the past and we moved forward.”

She also shared that time really does heal wounds. They are all friends now and she has been in contact with Melissa. It all worked out in the end.

Jason proposed in 2009. He and Molly married four months later. They wed in 2010 and recently celebrated their ten year wedding anniversary. They had a daughter, Riley, and of course Jason had Ty from a previous marriage.

Everything was crazy for awhile, but in the end it worked out. The next episode of The Bachelor: The Greatest Seasons — Ever!, will air August 31 and feature Nick Viall.

’LPBW’: Audrey Roloff Gets Lost In Her Feelings Over This Picture
Jennifer Aniston Reveals She Is Not Attending The Emmys This Year And Why
’LPBW’: Tori Roloff Flaunts Sexy Mom Bod In Snug Black Leggings
Bode Roloff Schools Daddy Jeremy On How To Start His Truck
WWE NXT 9/14: 5 Must-See Moments, Full Results