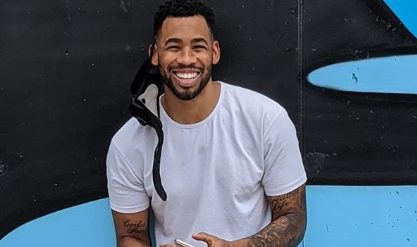 The new lead of The Bachelor, Matt James, has thrilled fans. Originally a contestant on the new Bachelorette, fans got to know him through Tik Toks with Tyler Cameron. He will be the first Black Bachelor for the franchise. Fan-favorite Mike Johnson was reportedly in the running to be the Bachelor when they chose Peter Weber instead.

Johnson devoted his time to writing a book he hopes people gain inspiration from. The book is Making the Love You Want and it’s something Johnson is really proud of. When talking about the book, Johnson said, “The Bachelor was a part of my life, but it’s not my whole life.” The book includes some personal stories and lots of advice.

He had completed the book in March but with all the things that happened in the world, he added to it after that. Mike says he wishes he knew why he isn’t the lead. He says, “I was never given a reason, ever. I just know that they chose who they chose.” Despite fans campaigning for him to be the Bachelor, Johnson never received that call.

Mike Johnson Said The Lack Of Diversity Is Atrocious

Mike Johnson said there were many times when people of color could have been casts and the leads. He said for the franchise to not do it was terrible. He doesn’t think it should have taken a public outcry with petitions to make it happen.

Rachel Lindsay said she felt like the casting of Matt James was strange because of the things going on. Right after George Floyd got killed, Rachel said she would quit the franchise if their lack of diversity wasn’t addressed. Shortly after, they announced Matt James as the lead. Johnson said he agreed with her thoughts on the matter. He said, “At the time that they said it, it was peculiar. It wasn’t natural. It was forced. That’s how it felt for me.”

It’s a.. tbh marvelous day to be an author and have my team when @enews runs an exclusive, revealing my book cover!! ⠀⠀⠀⠀⠀⠀⠀⠀⠀ And speaking of book covers, I’ve been asked a few times – “Why didn’t I put my face on the cover?” ⠀⠀⠀⠀⠀⠀⠀⠀⠀ This decision was made after hours of strategy sessions – but the reasoning is best described by my original thoughts: ⠀⠀⠀⠀⠀⠀⠀⠀⠀ This book is bigger than one person. It is bigger than me. I might be the author. But YOU are now the maker (of all the love you need). So, use this book like a mirror, a journal and a guide. Own it like you wrote it, hold it like it yours and love it as if it's part of you! ⠀⠀⠀⠀⠀⠀⠀⠀⠀ Pre-order limited edition (signed) copies of, "Making The Love You Want" at www.MikeJohnsonSmile.com ⠀⠀⠀⠀⠀⠀⠀⠀⠀ And pro-tip: there's only 80-ish copies left. So GO Shout-out to: @theselfpublishingagency

What Did He Say About The Clare Crawley Shake-Up?

According to Variety, Mike Johnson said, “I am just baffled,” about the situation with the new Bachelorette season. He said it surprised him and the point is for the lead to find love and to create a little drama. Johnson said, “from what I’m hearing, they’re going over the top, like too far.”

As for the new Bachelorette, Tayshia Adams, Mike Johnson said she’s a wonderful human being. He said, “I know she wants love. I know she’s extremely thoughtful in her process of thinking things through. She’s a wonderful catch.” Fans are looking forward to seeing what the Bachelorette has to show them when it starts airing again. It gives them something crazy to look forward to during the pandemic.