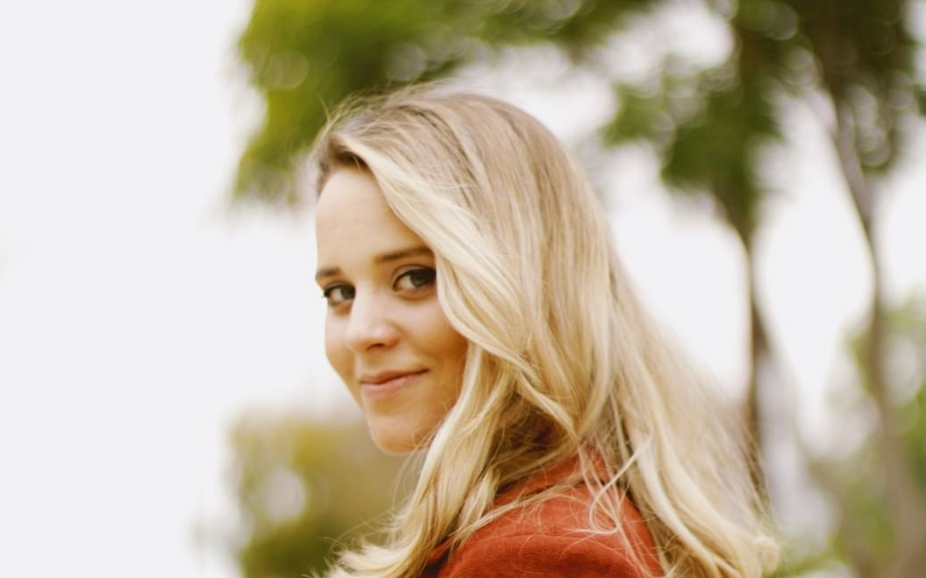 In a new Instagram post, Jeremy Vuolo shares a photo of himself and his wife, Jinger Duggar. The Counting On stars often share photos of each other and share sweet messages too. This time, Jeremy wrote, “You’re my number 1 with the lemonade!😏” In the caption, he’s referring to a Chick-Fil-A menu item. From what it sounds like, it might be his favorite.

While Duggar fans are gushing over the sweet couple and the funny caption, someone took the opportunity to ask Jeremy an interesting question.

You’re my number 1 with the lemonade!😏

The comment is no longer visible on Jeremy’s page. But, the fan asks, “Did you want Jinger to die her hair?” To this, Jeremy responds, “I don’t remember whose idea it was but I love it brown or blonde or black or any color she wants it!!!” So, it sounds like Jeremy’s on board with any hair color Jinger decides to try out next. For right now, the Duggar daughter is rocking blonde locks. She has naturally dark hair. Who knows what color she’ll try next? 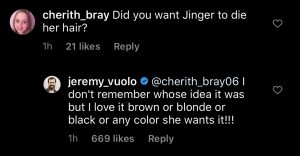 Why are fans asking Jeremy Vuolo about this?

Some Duggar fans believe that Jeremy is controlling of Jinger and that he influences a lot of her decisions. When Jinger dyed her hair, some fans wondered if it was her idea or not. This goes back to the possibility of Jeremy having control. So, at least one fan took the opportunity to ask about Jinger’s hair.

In an Instagram “Would You Rather?” session, Jeremy was called out for being controlling of Jinger. Viewers felt that he was talking over her and made her feel like she needed to justify every response she came up with. Some of the couple’s followers were pretty upset with Jeremy over this. And, the couple even delayed releasing the second half of the video due to the backlash.

Duggar fans also think that Jeremy Vuolo might be controlling Jinger Duggar because she’s stepping away from how she was raised. While she and Jeremy are still religious and appear to maintain many of the same beliefs Jinger did growing up, she has changed since marrying Jeremy. Now, Jinger wears shorts and pants instead of dresses or skirts. She wears tank tops, while her parents encourage women to dress more modestly.

So, are you surprised to see Jeremy’s response? Do you think he’s controlling of Jinger? Share your thoughts below.

Counting On airs Tuesdays on TLC at 9/8c. Don’t miss the newest episodes!

‘Below Deck Sailing Yacht’ Alli Dore Wants To Work With Kate Chastain
‘Bold And The Beautiful’ Joe LoCicero Is Back As Vinny Walker But How?
‘The Witcher’ Fans Want Netflix To Replace Henry Cavill GF Drama
Hallmark’s ‘Crashing Through The Snow’ Is New Christmas In July Movie
Christine Brown Spills: Did Kody Almost Marry A High School Girl?!