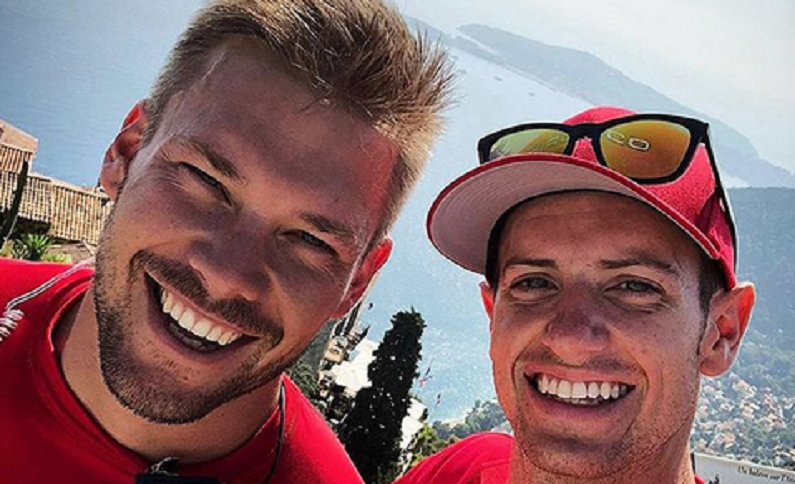 They also addressed the current season. On Monday night’s episode, bosun Malia White sends Captain Sandy Yawn a photo of Hannah Ferrier’s prescription for Valium and CBD. At first, João joked that he would be “oblivious” to the situation, at first. Then he got serious and said how he would have done things differently.

João Franco reveals what he would have done differently

During the Instagram Live chat, the former bosun first made a joke about the hypothetical situation. Then the Below Deck Mediterranean star explained that he would confront his crew member rather than taking it to the captain. He feels that it would be his duty to handle it on his own.

“So if I were to find them and see them personally, I would be oblivious to what it is,” João joked. “If something leading to the matter of me thinking that they’re taking something where it’s affecting their ability to work, I would absolutely say something. But I would first say it to that person and then take it further. That is my obligation.”

Of course, he wants to focus on safety, but he would still speak with the crew member about it. João said that safety is important when working on a yacht.

“So my obligation to maintain safety is to approach the person to say, listen, I know of this,” he continued. Then he explained if the captain knows of the issue then it’s not a problem. Either way, João would still discuss the matter with that crew member.

Below Deck Mediterranean star feels that bosuns have a responsibility

João Franco recalled a time when deckhand Travis Michalzik gave his phone number to a charter guest. Flirting with charter guests is not only against code, but it’s also a fireable offense. But João handled it differently. Rather than taking it to Sandy, he spoke to Travis about it. But João understands that both situations are different.

@colin_macyotoole would say- “can I get a what?” @travismichalzik – “bunch of stud muffins!” Jack- “looooovely!” Anyone miss these lads as much as I do? We sure had a laugh with this group!!😂 I take my hat off to the lot of them✊🏼 #belowdeckmed #belowdeck #theboys #yachtlife #france #goodvibes #goodtimes

“It’s illegal to carry prescription drugs without telling the captain,” the Below Deck Mediterranean star said. “Because of the safety of the vessel.”

The South African has had trouble watching Season 5 of Below Deck Mediterranean. He watched some of the most intense episodes yet, and previously tweeted, “Biting my tongue (holding my thumbs) so hard for what I feel about this season of #BelowDeckMed.”

The previous episode included an emotional farewell to chef Hindrigo “Kiko” Lorran. But the latest one ended with Sandy confronting a crew member who has drugs on board.