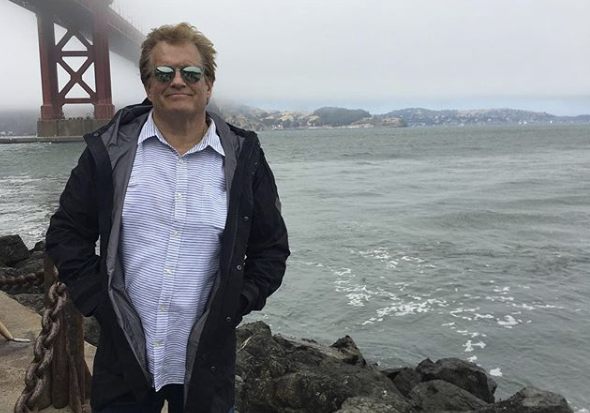 This is certainly a new look for Drew Carey. The 62-year-old actor recently posted some new photos on his Instagram page, which he hadn’t used since 2018. What do you think? We think he looks very distinguished.

It seems The Price is Right host chose to age naturally and gracefully these days. There is definitely more gray in his hair than there was before, and the beard is new. His trademark glasses are the same though, reminding us that he’s still the same comedian we fell in love with decades ago.

Even so, there is a sort of quiet sadness behind his eyes. It gives us a glimpse of the pain he experienced this year.

Drew Carey Has Been Through Quite a Bit Lately

It certainly hasn’t been an easy time for Carey. He proposed to Dr. Amie Hawrick in 2018, but they split less than a year later. As if this wasn’t enough, tragedy struck earlier this year.

Back in February, Dr. Hawrick was brutally murdered at her home a few weeks after Drew Carey was on The Masked Singer. Authorities suspect a bitter ex-boyfriend was behind the crime. Drew Carey mourned for her on Twitter.

I hope you’re lucky enough to have someone in your life that loves as much as she did. pic.twitter.com/xMkQIwR6d6

“Amie and I had a love that people are lucky to have once in a lifetime,” Carey told CNN. “She was positive force in the world, a tireless and unapologetic champion for women, and passionate about her work as a therapist. I am overcome with grief. I would like to thank you in advance for giving myself and everyone who loved Amie privacy while we try to work through this tragic situation.”

The Price is Right postponed taping for a week after the tragedy.

An Overpowering Conviction to Forgive

But, in spite of everything, Drew Carey found the courage within himself to forgive the man charged with Amie’s murder.

He may be known for his comedy, but there is definitely more to Drew Carey than meets the eye.

“It would be so easy to carry around … every day to think about revenge or whatever, which is not coming. There’s nothing that’ll make up for what he did,” he continued. “I really try to practice instant forgiveness and unconditional love. The closest you can get to that, the better you are. And I fall short of that all the time.”

Our deepest sympathies are with Drew Carey during this difficult time. It takes an incredibly strong individual to forgive in the way he has. We’re happy Drew Carey is back on Instagram and we hope to hear from him more very soon.