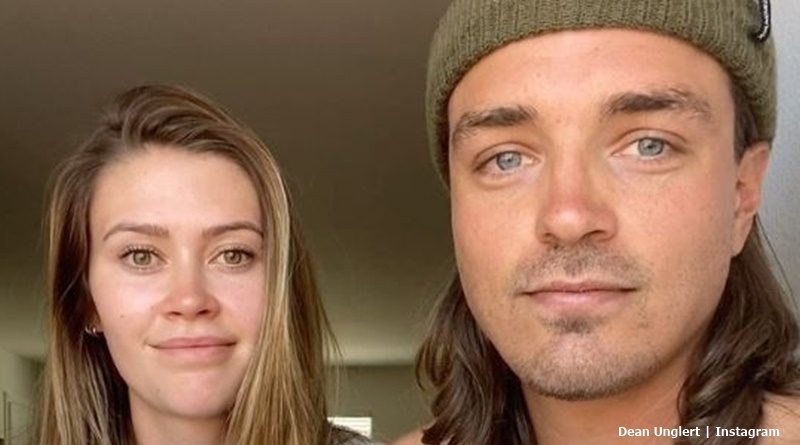 BiP fans think that Caelynn Miller-Keyes and Dean Unglert might be the best thing that ever happened on ABC. They didn’t have a formal engagement yet, but fans think it’s time for babies. They also wonder how Dean and Caleynn get to travel so much and if they earn money from it.

Bachelor in Paradise fans flock to Dean and Caelynn’s Instagram accounts. In fact, between them, they racked up nearly three million followers. Increasingly popular, fans adore them. They love that they travel together, along with their sweet adopted dog Pappy. On Monday, August 10, Dean put up a photo of Caelynnn walking through the massive General Sherman trees. His heartwarming caption really grabbed the attention of adoring fans. Dean’s photo showed Caelynn totally dwarfed by those massive trees. The photo perspective really heightened the size of them.

Dean’s caption read, ” Surrounded by trees as big as her heart.” Many fans responded to the caption and some of them agreed the caption was almost better than the photograph. One fan said, “I love your story you are a lovely couple all the best for many happy times to come!!!” Another fan noted, “I’m not sure if you two can even imagine how much [your] love pleases bachelor nation. We needed something true and beautiful to come out of paradise.” Meanwhile, other fans started talking about the BiP couple getting married. One fan asked, “so when is the marriage?? Anytime soon??” Then, another fan told them to “go have some Beanie Babies already.”

As you can see, many BIP fans hope for a commitment

Actually, Dean already made a huge commitment to Caelynn. We reported on June 23, that Dean and Caelynn featured on The Bachelor: The Greatest Seasons Ever. At the time, Dean said that they held their own commitment ceremony. It happened while they were in Europe following Dean’s skiing accident in Switzerland. He told Chris Harrison that the rings they exchanged were as good as any marriage certificate. So clearly, these two don’t need a priest to recognize their union.

However, it’s not all that likely that the BIP couple starts producing kids anytime soon. Actually,  Dean lives for travel. On his social media, he shares fantastic photographs of all their adventures. He also runs his own travel blog website. But, he says he earns nothing from it just yet. Nevertheless, he more than likely earns something off his podcast. In fact, he and Jared Haibon run the Help I Suck At Dating podcast which brings a lot of traffic.

It seems that while the BiP couple’s committed to each other, the chances of babies coming along soon remains only a remote possibility. Do you agree? Sound off in the comments below