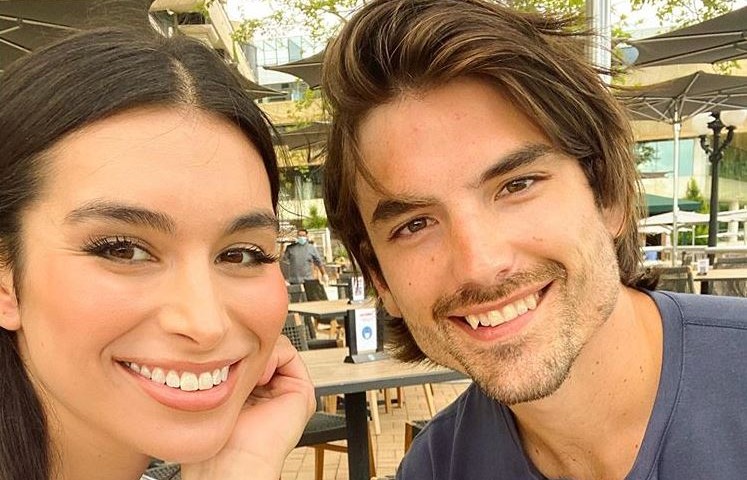 Along with rumors flying like crazy, multiple Bachelor alums have been spotted at the La Quinta Resort and Club in California. This is the location where The Bachelorette is filming exclusively. Ashley Iaconneti and husband Jared Haibon are just two of the alums spotted at the resort. Wells Adams was also spotted there leading many to start rumors perhaps Bachelor in Paradise was filming there as well. And, if not BIP, perhaps The Bachelorette would have a Paradise feel to it. Now, Ashley is speaking out and putting those rumors to rest.

A post shared by Bachelor/Bachelorette Spoilers (@bachelor.nation.tea) on Aug 8, 2020 at 5:42pm PDT

Ashley I. sets the records straight about filming at La Quinta Resort

US Weekly shared what Ashley had to say about being on the California set. On her podcast with fellow alum Ben Higgins, Ashley said BIP is not happening. She said, “This is not happening. These are truly just rumors. This is just the Bachelorette filming down there.” Ashley continued saying,  “And a lot of people are saying that COVID is happening, why are there so many people down there in Palm Springs? You guys, the Bachelor bubble down there is the safest place you can be right now. There’s so many tests going on down there and so much quarantining going on. Just wanted to put that out there.”

It was after Clare Crawley reportedly left her role and Tayshia Adams was announced as the lead that alums started being spotted at the resort. In regards to the big change up and everything else going on Ashley said it’s not her place to spill the beans. She said, “I also have to say that I don’t think it’s my place to speak on what’s going on down there until the Bachelor, ABC, Warner discusses for themselves. Because there has been no confirmation from the Bachelor camp. I don’t want people to think that I’m lying but … I’m not gonna spoil it.”

Reality Steve has been quick to reassure everyone the alums showing up at the resort is just for cameos. He says they are just there to offer support and advice.

Ashley said it’s not unheard of to fall in love so hard and so fast. She recalls falling in love with Jared really quick. She said, “I am miss ‘fall in love hard and fast’ but not very often. At the same time I really do feel like Clare was very much there for the right reasons. I just want her to walk away with somebody, with a life long partner.”

It took some time, but Ashley and Jared eventually got together. In fact, today they celebrated their one year wedding anniversary. Everyone is hoping to see a happy ending on the upcoming season of The Bachelorette.

The Bachelorette will premiere this fall, Tuesdays, on ABC.