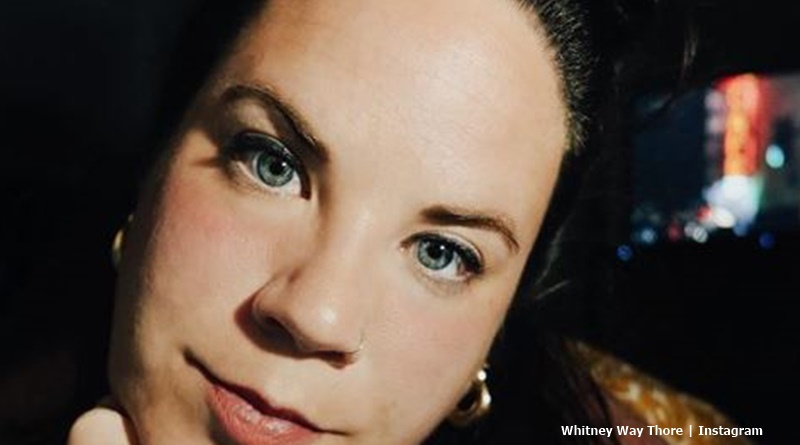 Whitney Way Thore got woken up by the North Carolina earthquake on Sunday morning. She took to her Instagram to describe the experience and how her animals reacted. Plus, she talked about her makeup. The My Big Fat Fabulous Life star revealed the secret to her always-perfect eyeliner.

On Sunday, like a lot of people, Whitney took to Instagram and talked about the earthquake. It struck North Carolina early Sunday morning. Whitney said it’s the only one she ever experienced. But, she never got all that terrified by it. In fact, she said that she slept with her leg draped over her dog. When the quake came, she felt it but thought her dog started scratching. The My Big Fat Fabulous Life star also assured fans that her cats seemed undisturbed as well.

She told fans who asked, that everything’s fine with them. Actually, fans know that Whitney Way Thore suffers from panic attacks. We reported that when Chase told her about his baby, she ended up at the hospital from the shock of it. So, they probably appreciate that she told them that everything’s okay. But then, she started talking about how she goes online at odd hours. She said she doesn’t sleep all that well at the moment. So, she was partly awake when the quake struck. But, she often posts early morning or late at night because of her insomnia. 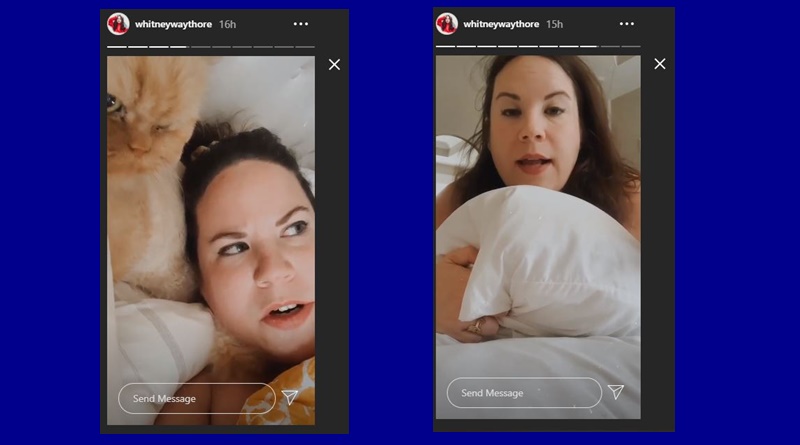 The secret to Whitney’s perfect eyeliners

Considering the fact the earthquake was the biggest in more than a hundred years, she seemed remarkably relaxed. The New York Times explained the quake struck at 8 a.m on Sunday. The epicenter was “two miles southeast of Sparta, N.C., a town about 100 miles north of Charlotte.” The 5.1 magnitude quake got felt as far away as Atlanta. Getting over the historical event fast, Whitney diverted the conversation to her makeup.

Whitney Way Thore said that often, fans ask her how her makeup looks so perfect when she posts on Stories. After all, she goes on there at very odd hours. She explained that the secret to her eyeliner lies in the fact that she got them tattooed on! But they don’t last forever. According to HuffPost, they last for about a year. Sometimes they last for longer, but they fade over time. Apparently, they only inject the pigment into the first few layers of skin. So, it’s painful, but not as painful as other tattoos that last forever.

The procedure that Whitney Way Thore underwent for those eyeliners seems worth it. After all, she looks fabulous even in the middle of the night or dozing in bed. Did you ever try anything like that for semi-permanent makeup? Sound off in the comments below.