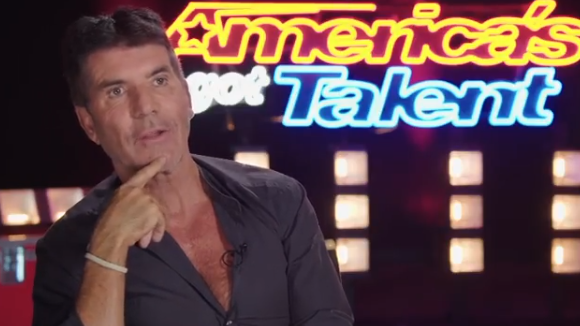 We have some good news to share. Yesterday, we reported Simon Cowell was in a serious bike accident. While he still has a long road ahead of him, he addressed his fans last night on Twitter, E reports. Cowell addressed the accident and gave a warm thank you to the healthcare staff who worked on him.

And a massive thank you to all the nurses and doctors. Some of the nicest people I have ever met.
Stay safe everyone
Simon.

We’re glad to hear Simon Cowell is on the mend. Other celebrities expressed their well wishes online, including Britain’s Got Talent judge Amanda Holden.

I’ve been thinking about my dear friend all day and luckily I’m able to write that he’s had his operation and he’s doing really well 🙏🏼 My family and I wish you a speedy recovery and send you, Lauren and Eric all our love ❤️ pic.twitter.com/NAvUriuQRL

Simon Cowell and long-time girlfriend, Lauren Silverman, have a 6-year-old son together, Eric.

According to several sources, the surgery took six hours to complete. An updated TODAY article said Cowell’s surgery “involved multiple procedures and fusions, including a metal rod placed in his back.” Needless to say, Simon Cowell will be in recovery for quite some time.

So what will happen to America’s Got Talent?

Will America’s Got Talent Go On Without Simon Cowell?

The show plans to air Tuesday night at 8 PM. We haven’t heard any news yet, but given the extent of Simon Cowell’s injuries, we doubt he will make an appearance. The official Twitter account acknowledged Cowell’s accident and sent their love.

The AGT family sends our best wishes to Simon and his family. We’re hoping for a quick recovery and look forward to seeing you on set soon!

In response, fans tweeted who they would like to see as a temporary replacement judge. A few called for Howard Stern to return. Stern quickly became a fan favorite when he judged contestants from Seasons 7-10. Who was your favorite judge from the past 14 Seasons? Let us know in the comments.

We aren’t sure exactly what will happen, but given the strict safety precautions, we may just be short a judge for a while. Adding someone new to the set without time to quarantine isn’t a good idea right now. Production halted in the spring due to the pandemic. We doubt the America’s Got Talent team is willing to take any unnecessary risks that could postpone the show again. Nevertheless, it’s still fun to speculate who would make a fun addition to the judges’ table.

We’re really thankful Simon Cowell took the time to update everyone. At the end of June, “#ripSimonCowell” trended on Twitter, sending his fans into a frenzied panic. An altered Wikipedia entry made these rumors even worse. Thankfully, the America’s Got Talent judge was alive and well, and it seems he is on the road to recovery following his bike accident.

We will update you as soon as we know more about Simon Cowell’s condition or when he plans to return to the set of America’s Got Talent. The judging panel definitely won’t be the same without him!

America’s Got Talent Season 15 will premiere tomorrow night at 8 PM eastern time on NBC. Be sure to tune in and tell us what you think.